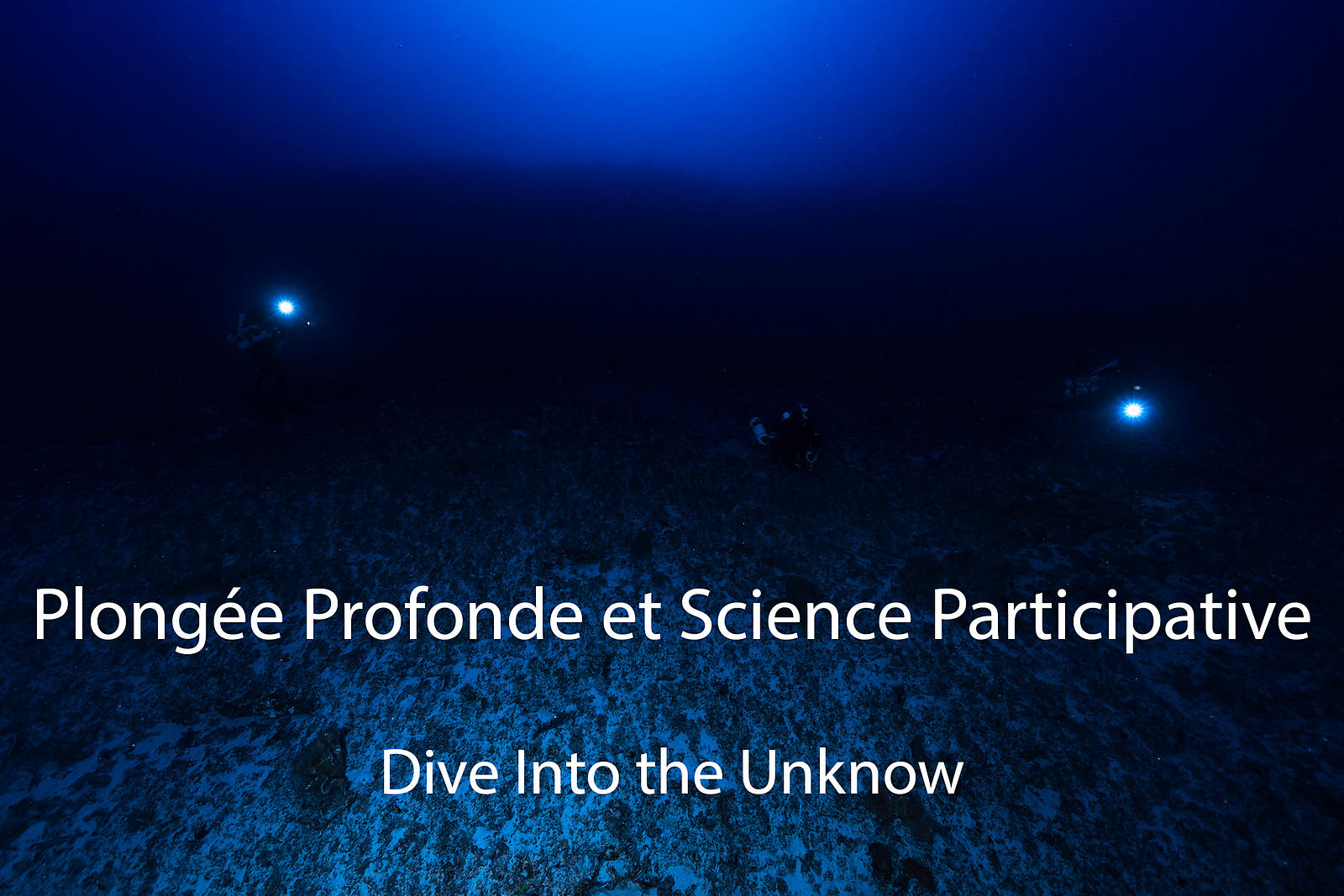 Citizen sciences are currently trendy. They allow the harvest of a great deal of data, observations and eventually sampling by people who are not officially searchers nor scientists.

Those informations will then be analysed and treated by a group -sometimes mutlidisciplinary- of scientists so as to reach a better understanding of the topic. That's what happens in a large number of reasearch fields and the marine environment is part of it.

Find all the photos of the article on the album : Deep Diving – A Unknown world

The biotops of the coral reefs and the lagoon floors between the surface and a depth of 30 to 35 m are just about well known right now even if some others surely still remain completely unknown, those environments being so complex and so varying from one biogeographical province to another, whether it be in the Indo-Pacific or the Caribbeans, the African west coasts or the west Americaonesn. For quite sometime now they've been the object of studies and scientific reporting. Shallow and easily accessible, the data, the counts and the measures give us a vision quite precise of the evolution of the whole world's coral reefs. Unfortunately, the information is unambiguous, these reefs are more or less considerably deteriorating all over the world under the action of climatic and anthropic parameters.

The deep bathyal – from a depth of 300 to 3,500 m – and abysmal bottoms which are even deeper as they reach 10,923 m in the Challenger in the Marianne trench – arouse much interest so much on the industrial level

(polymetallical nodules containing rare earth) as for the research of new living organisms.

Many missions of exploration have been undertaken for several decades in the coral reefs throughout the world. The discoveries are still as numerous and as thrilling.

Yet there still exists areas less researched and therefore less known but which are starting to draw some interest for several reasons. These mysterious places are called “twilight zone” and mesophotic zone.This last one is located between 50 to 150 m under the tropics and the twilight zone is at about 200, 600 up to 800 m where the light disappears. These areas are defined par the little quantity of solar light that reaches those depths. Below that area obscurity is nearly complete. That sub-marine environment, located between the well-known zone of the coral reefs and the bathyal bottoms - which strictly speaking are lesser known than the reefs but much studed for the past thirty years – seem to suffer from an important lack of essential knowledge and data for its understanding. Scientists have followed the evolution of the coral reef from the shallow depths for decades now, and that since the occurence of the pressured air scuba, i.e. in 1940 with Hans HASSE, then with Jacques-Yves COUSTEAU, and especially after the 1955-60 time period. But the lack of data from the reefs located in the farthest depths inaccesible to the standard diving material prevents us from having a clear and complete vision of the structure and the evolution of these peculiar ecosystems. Facing this lack of knowledge, it's time to draw an exact map of these mesophotic zones.

A panorama of 180 ° composed of 10 photos. At 97 m depth, in the middle of the twilight zone, the edge of the 3 rd is strewn with small caves or cavities. Above, a field of coral antipathair type caps the edge of the drop.

Why does this deficiency of knowledge of the mesophotic zone still persist in 2018?

These dives are mainly motivated by two things : the spirit of discovery and the answer to the question : “What is happening below the 60 metres depth?” 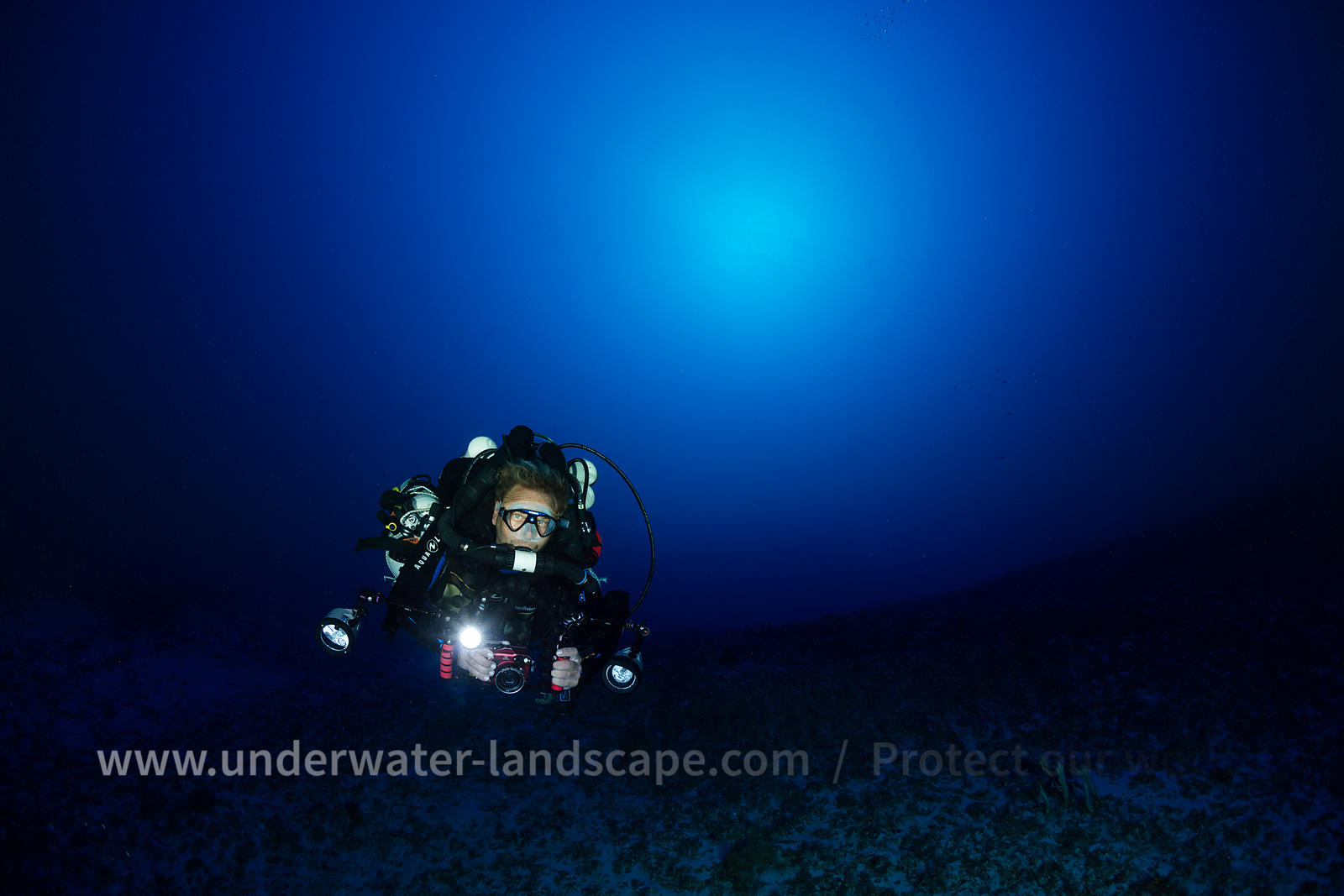 A photo of my partner Olivier Konieczny in daylight at 95 m depth during a descent into the twilight zone.

The principal reason for this ignorance is the difficulty of access to these areas. The sub-marines that explore abysmal zones can't get near the reefs. Only some small very mobile research sub-marines such as “Géo” or “Jago” belonging to German researchers who have dived in the Red Sea, the Comoros and Mayotte can reach them. Scuba divers however are limited in depth and immersion time. To dive in those depths, the constraints imposed to the divers with just air aloneor mixtures are huge. At that point we're no longer talking about “a leisurely diving” but “a technical dive”. A specialised training and a great experience are capital in order to consider diving beyond the 60 metres depth. The use of a mixed of several gases adapted to the different depths as well as the mastery of a closed-circuit recycler are primordial. The commitment whether it be human, temporal or material is extremely important, as well as is the involvement. Diving in a very hostile environment for the human physiology, imposing pressures on one's own body that are more than 10 bars (= 1 megapascal or MPa even still 106 Pa, so about 10 kg/cm² of skin) and long hours of decompressing pushe a great number of scuba-divers away. But not all them!!!

From the beginning of the year 2017, Olivier KONIECZNY and myself have been diving on the external slope of the coral reef of Mayotte between 70 and 120 metres, almost every fornight or at least as soon as we have the chance. These dives are mainly motivated by two things the spirit of discovery and the answer to the question :

“What is happening below the 60 metres depth?”

Click on the link below to read the rest of the article: 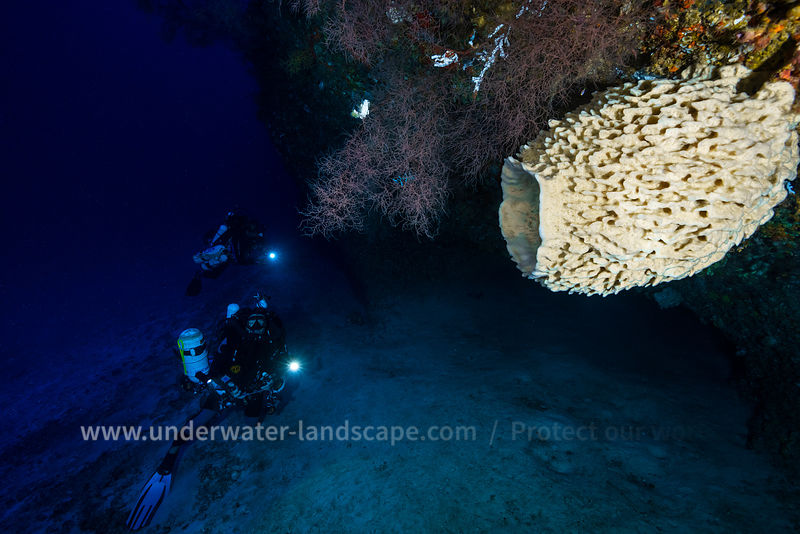 Passion in the service of Science! 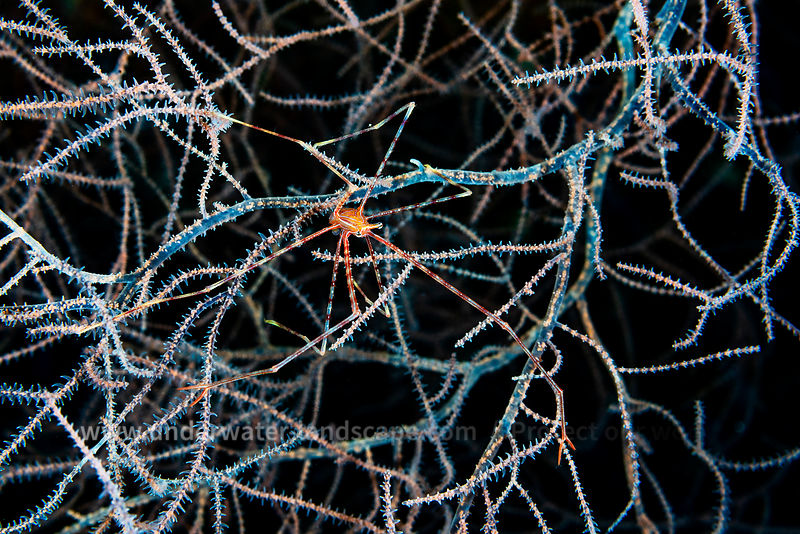 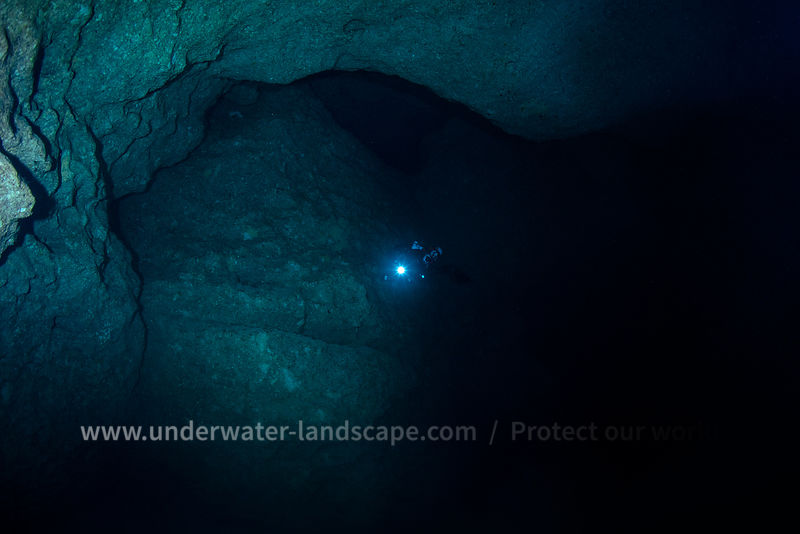 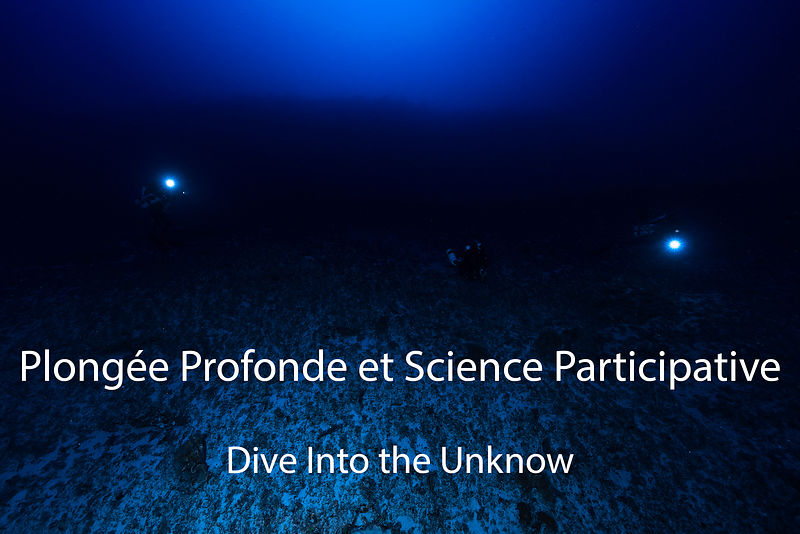