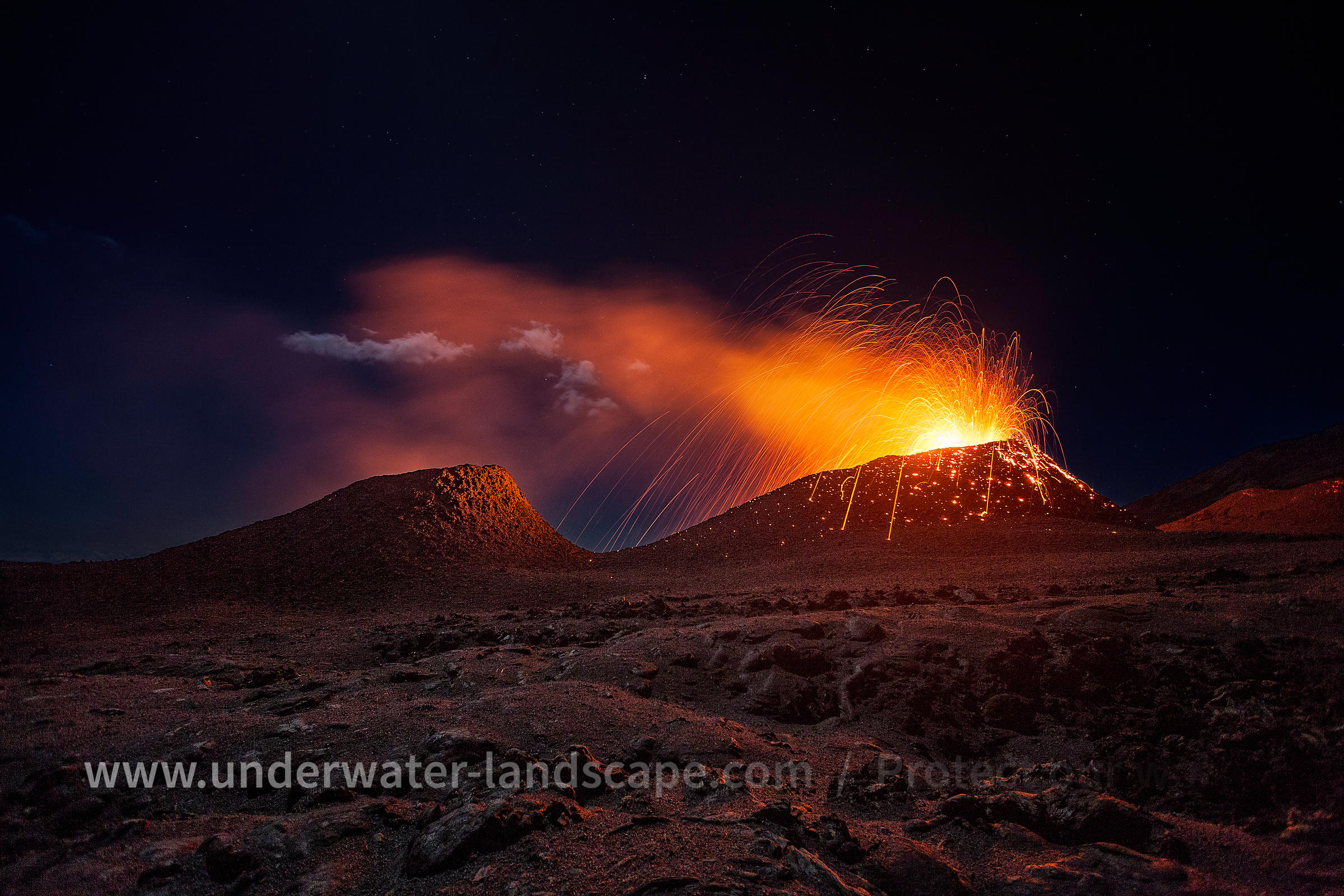 Third eruption of the year ! 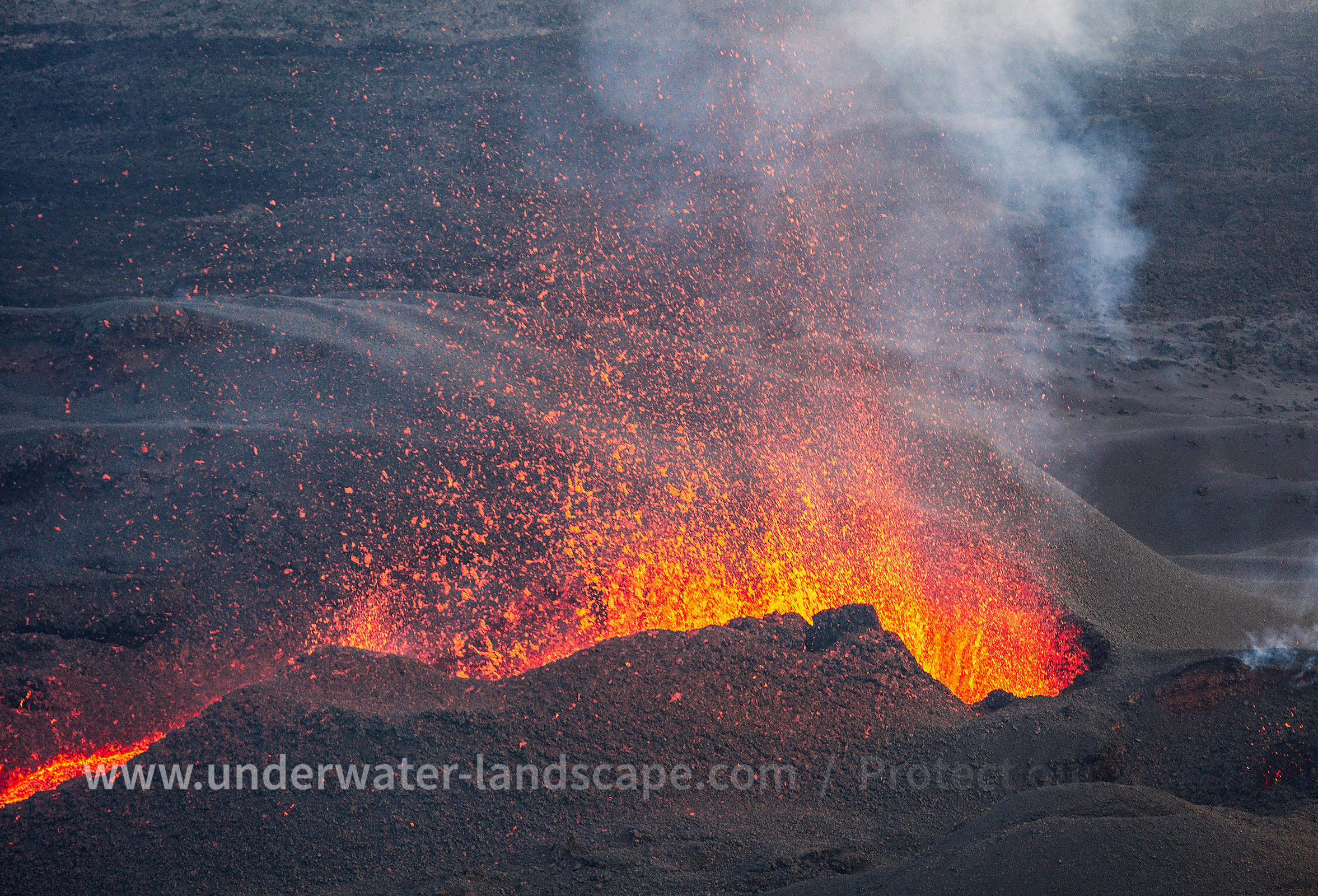 The Piton de la Fournaise offered us a big show in2015. At the announcement of the eruption, around 9am, I immediately went home to prepare my photo-bag and at 12:30 I arrived at the parking lot of the Pas de Bellecombe.

The eruption was located on the eastern flank of the volcano, close to the Kapor crater formed during the 1998 eruption. It was therefore necessary to take the path leading to Piton Partage to take advantage of the best point of view of the break which was about 800 m long. 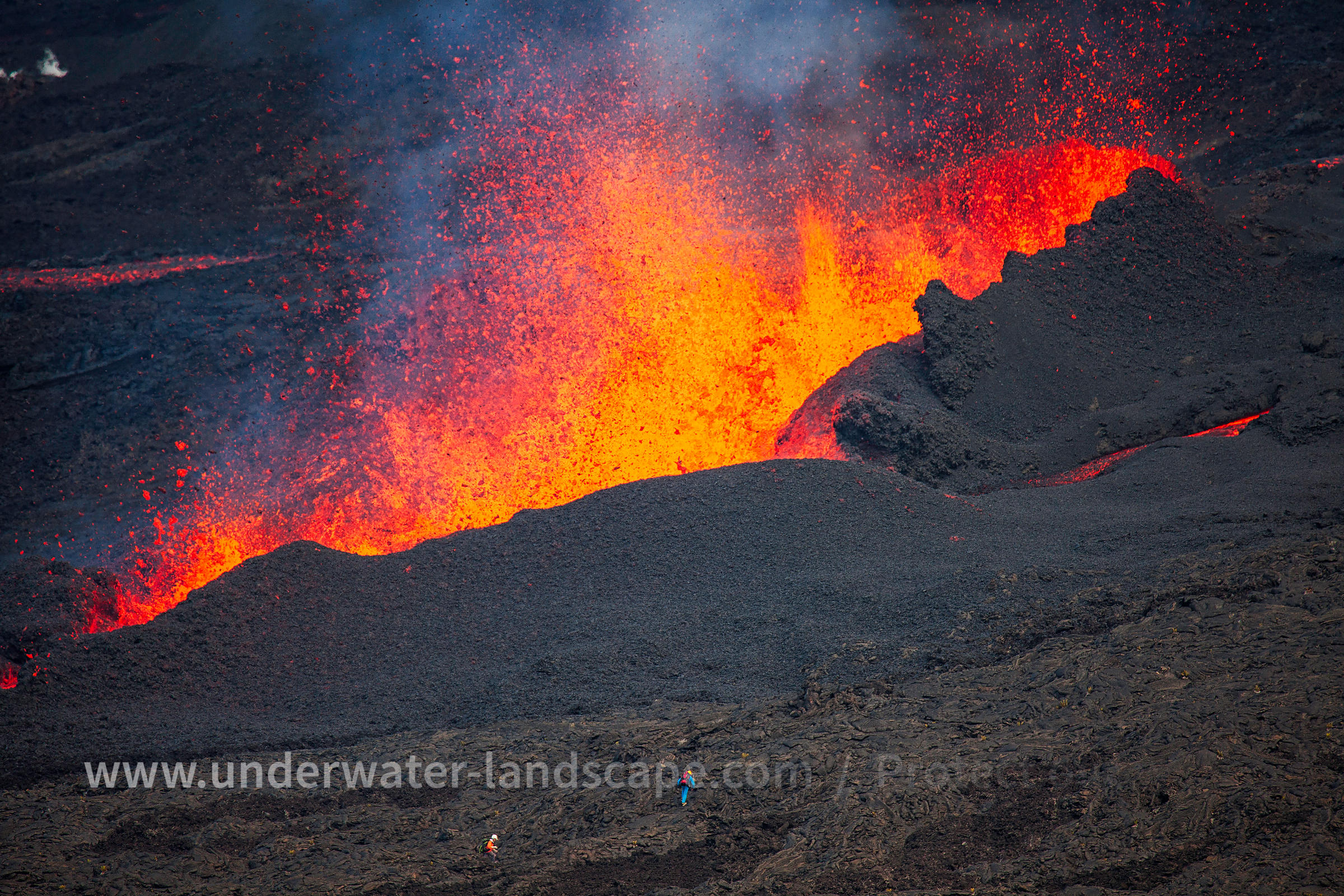 I decided to continue walking about 500 m further past the view of the piton.

I arrived at destination around 13 :30, the view was blocked by clouds.

Only the sound of the fountains of lava would suggest to me the power of this eruption.

Fortunately, the thinnings in the clouds arrived without delay and it was with amazement that I discovered this new and really impressive break. 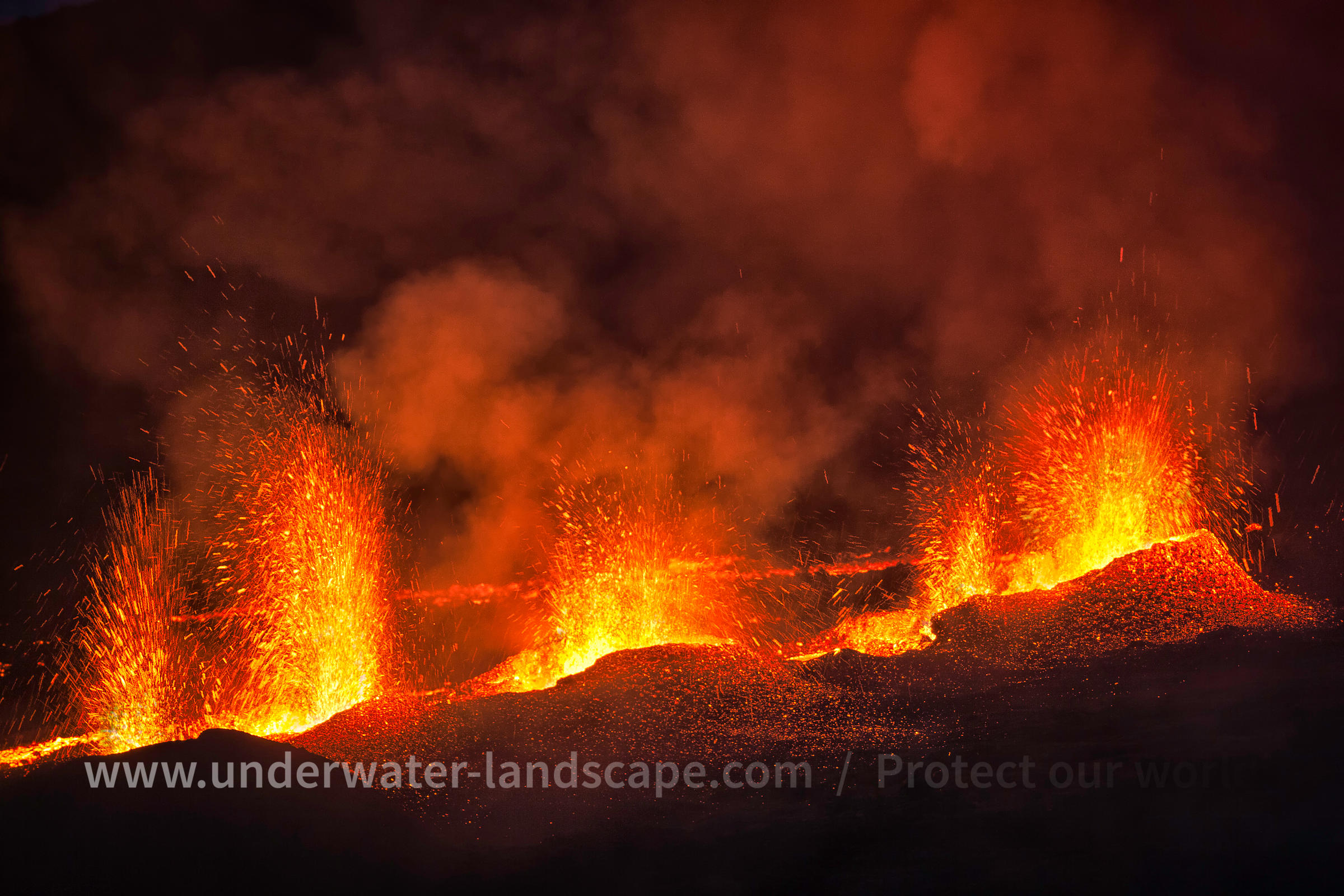 The eruption began only 5 hours earlier and the eruptive cone was already well formed.

I remained in that location until nightfall. All around me, people flocked to enjoy the show at dusk

Two days later, after the prefectoral authorizations were received, I decided to return to the closest location of the eruption site with my friend Stéphane.

We passed the gate of the Pas de Bellecombe around 20 :00. 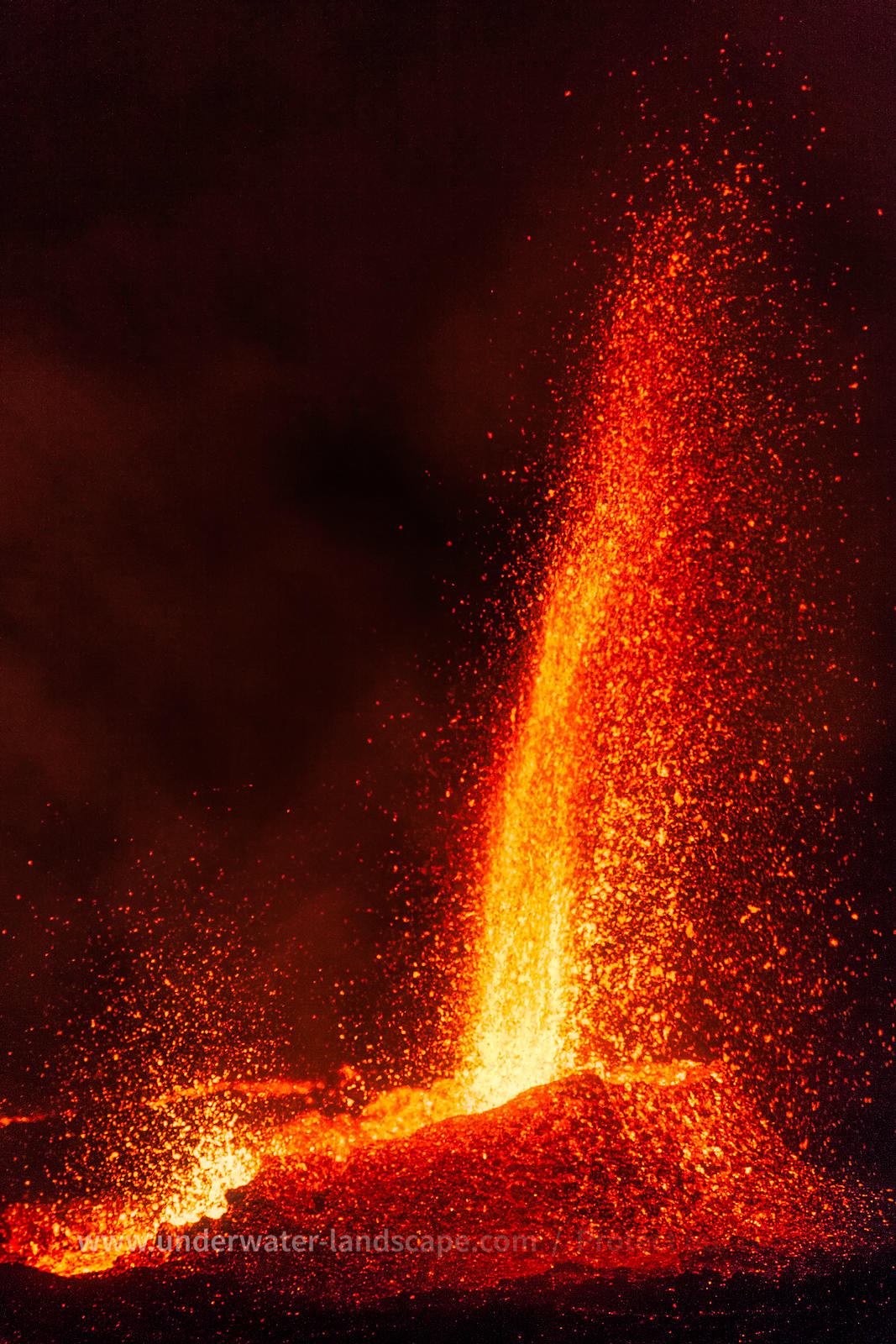 The approach was a nightly one. It was a full moon that night and as we approached, the lights of the lava fountains showed us the way in the distance.

But to get there, nothing could be easier: We just had to follow the path leading to the Kapor crater.

We arrived about 50 meters from the eruptive mouth and our fears were confirmed: The eruption, very powerful the day before had greatly weakened by the time we reached the location.

The break which measured several hundred meters had closed and only two craters were still projecting some magma.

We cautiously get closer to the craters. In front of us, a few yards away, some wips of smoke loaded with sulfur escaped from the breaks.

After a few nice shots, we decided to pass on the other side, bypassing the eruption upstream.

The progression was difficult and risky and, unfortunately, our efforts didn’t pay off. The view from the other side was not up to our expectations. 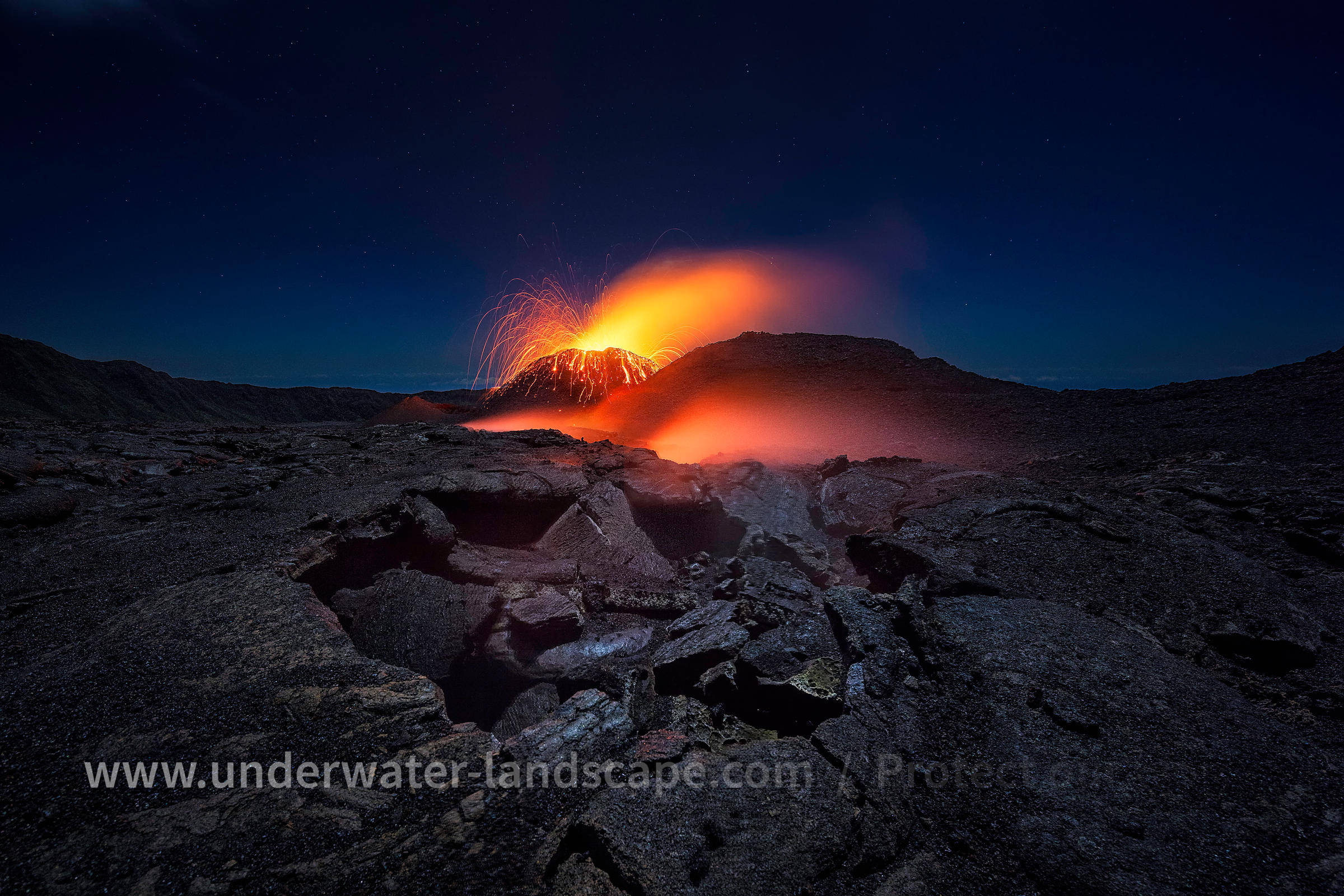 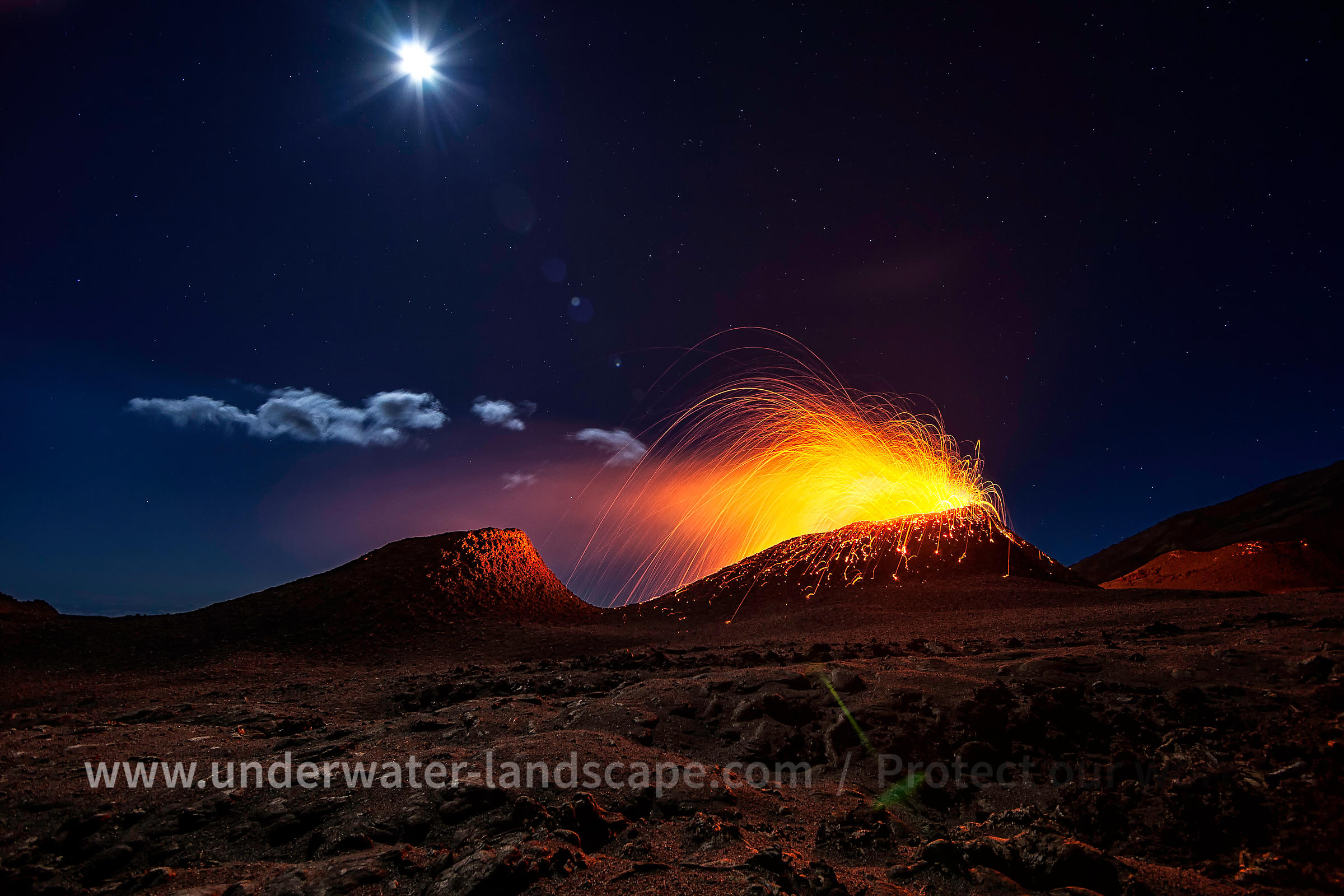 In addition, rain began to fall and came from the direction of the Grand Brûlé

As the eruption became weaker, we decided to retrace our steps and return. We arrived at the cars around 4:30 am, soaked by the rain.

The tremor disappeared behind us, just after we left, thus putting an end to this 3rd eruption of the year.

To find more information on this eruption visit this link : eruption 31 juillet 2015 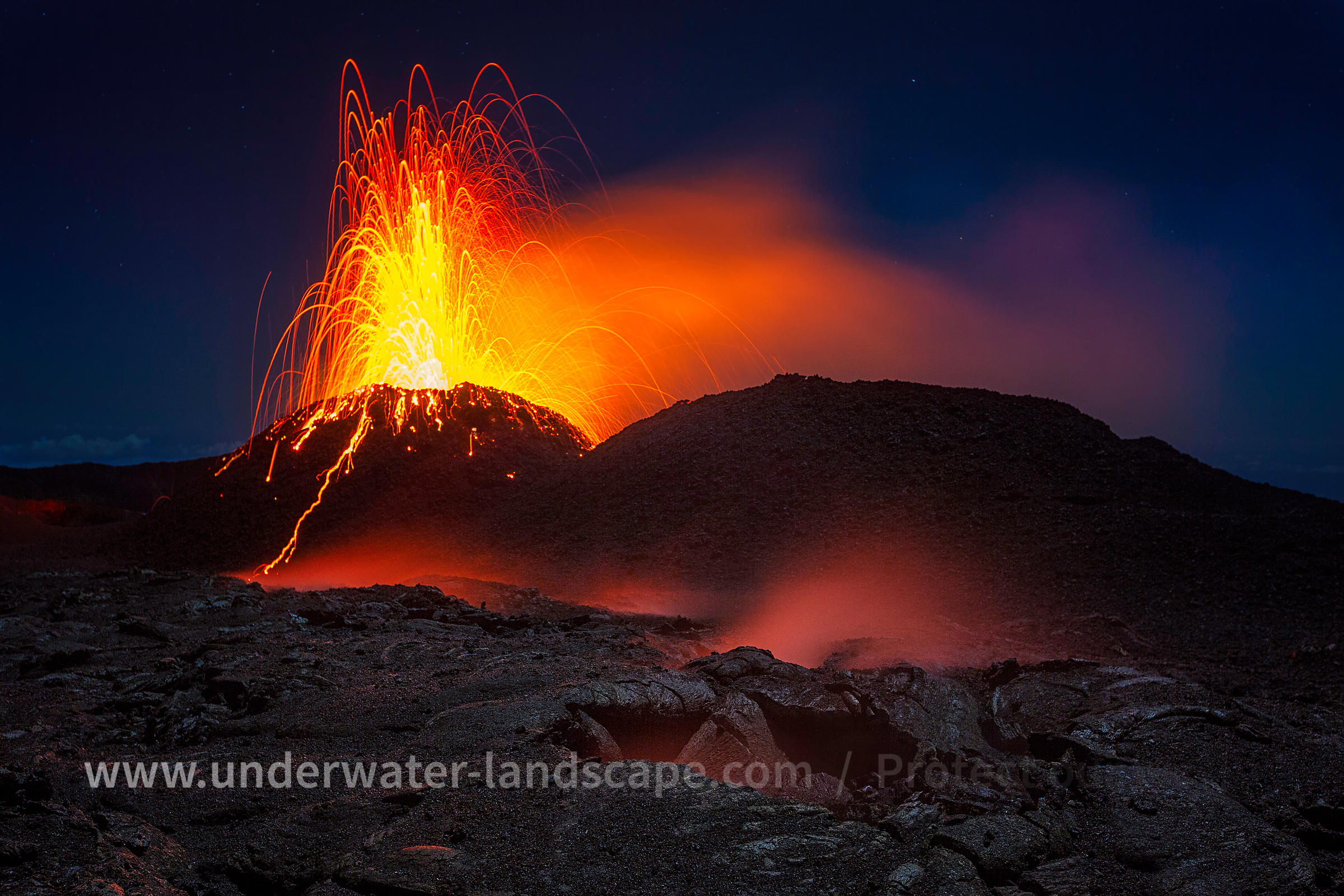 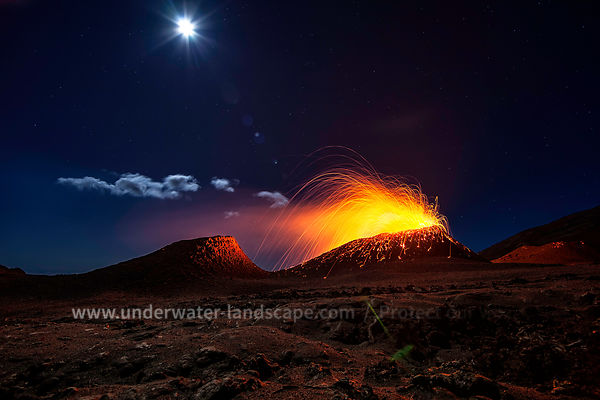