Cephalopods : how to photograph octopus, squids and cuttlefishs

Cephalopods : how to photograph octopus, squids and cuttlefishs 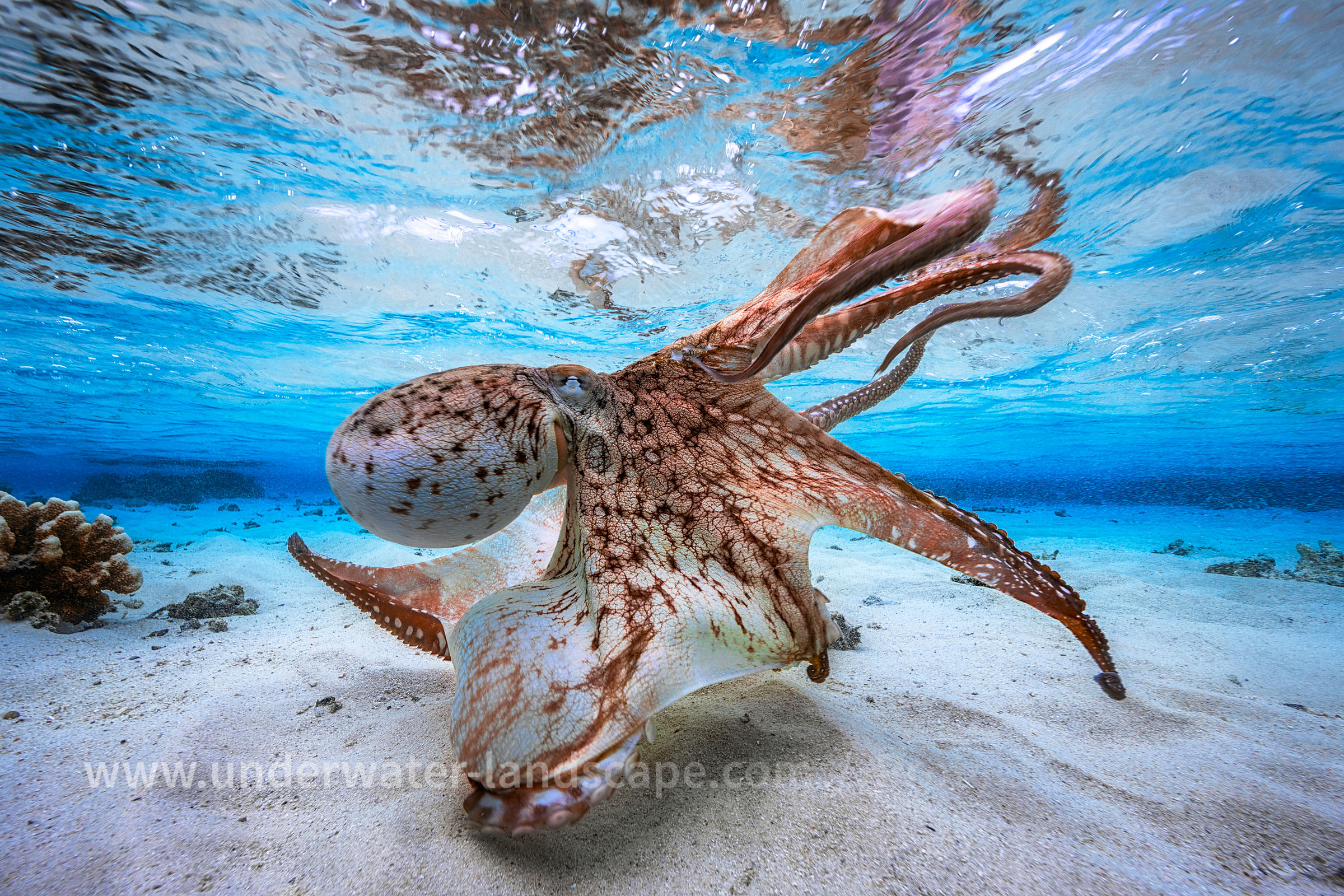 Cephalopods : understanding marine animals in order to picture them better

Translate : A head with feet.

They belong to a class of mollusks that appeared around 500 million years ago, including :

There now exists around 800 known species of cephalopods. However, scientists from around the world keep describing new species, especially from the abyss. 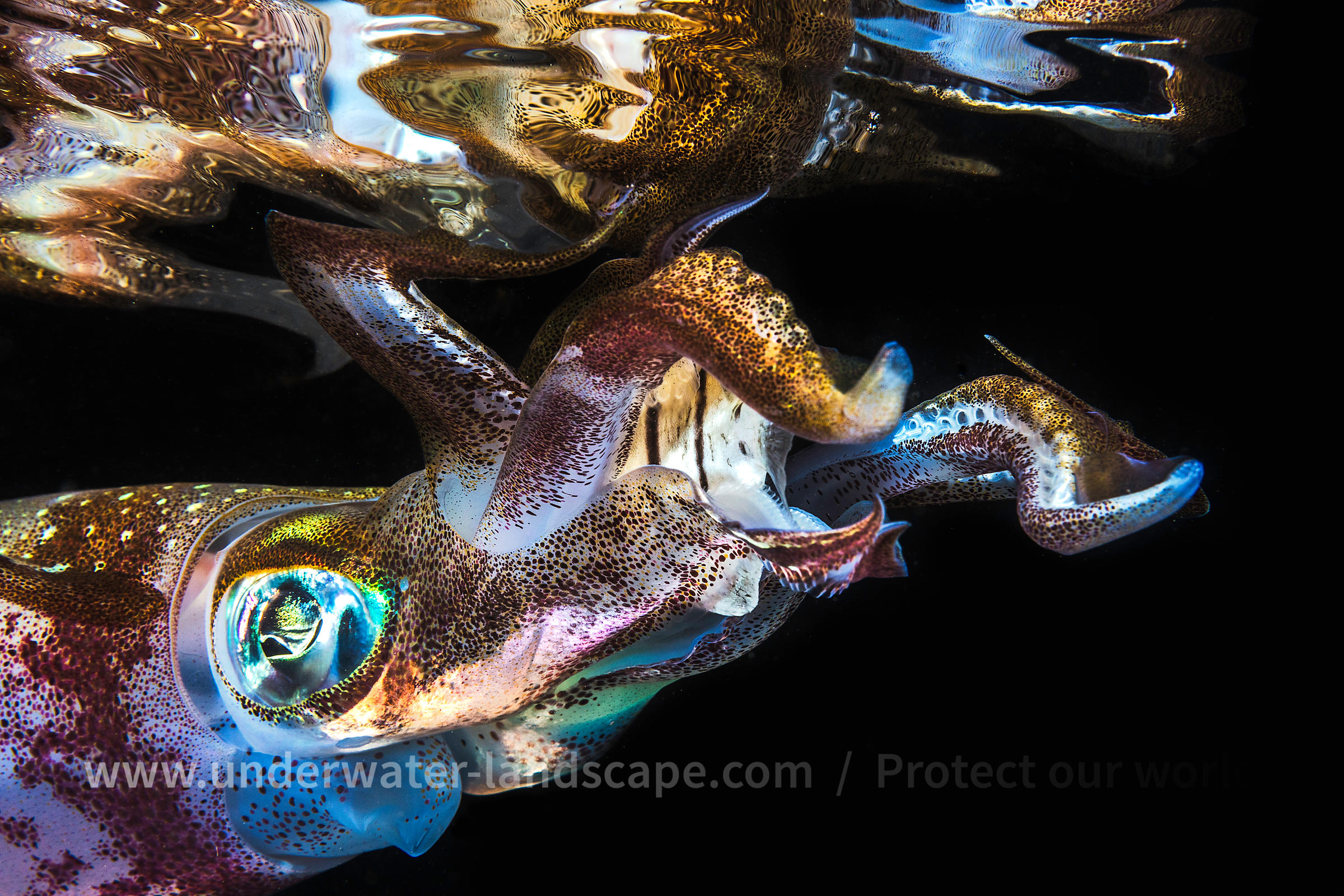 The two categories of cephalopods 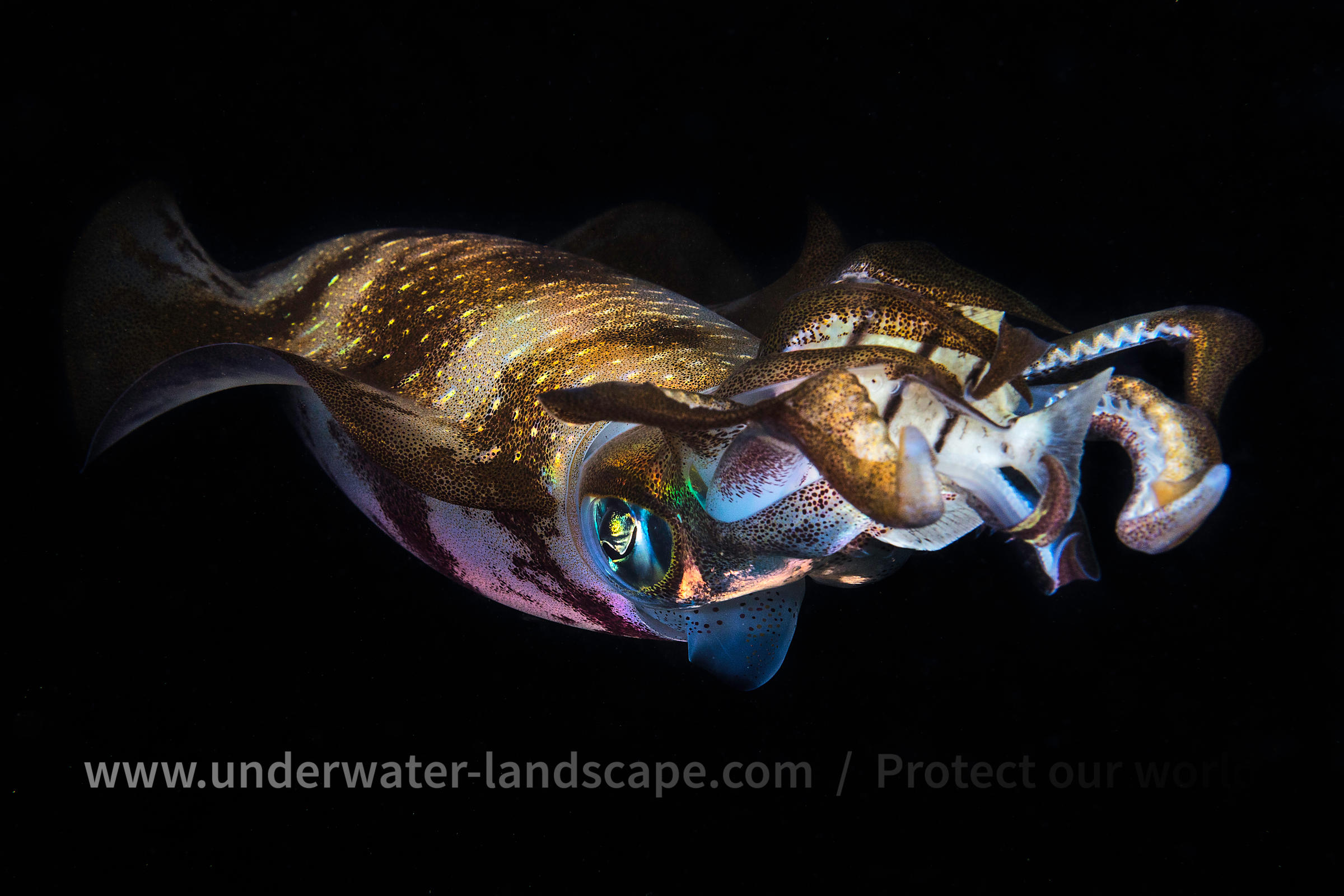 These have a bag-like body opening on the front, with variable shapes and sizes, and sometimes lateral fins.

They are excellent swimmers, and are characterized by having several hearts.

The main heart, also called “systemic”, is assisted by two small branchial hearts that pump oxygenated blood from the gills. Octopuses have a blue blood because their hemoglobin is replaced by hemocyanin.

The nervous system is highly concentrated. The arms are covered with suckers, attached by muscular fibers. Thanks to a system based on a hard ring around a soft muscle, suckers can create a vacuum in order to stick to nearly any kind of surface.

Dibranchial cephalopods all possess a beack with chitin jaws.

Octopods have a rounded to elliptical body, and all have 8 arms. They have neither external nor internal shell. The eyes are quite small and are able to close thanks to eyelids. They can change color and aspect following their needs and will.

When they feel threatened, they can eject a dark ink in order to blind out the predator while they escape.

Octopuses (called zoorit in many places of the Indian ocean, but also pwedzain Shimaoré) are very clever animals.

But they are also often present in traditional diet, and experience a strong fishing pressure.

There are species of octopods in all of the world’s seas, from abyssal plains to shallow lagoons such as Mayotte. 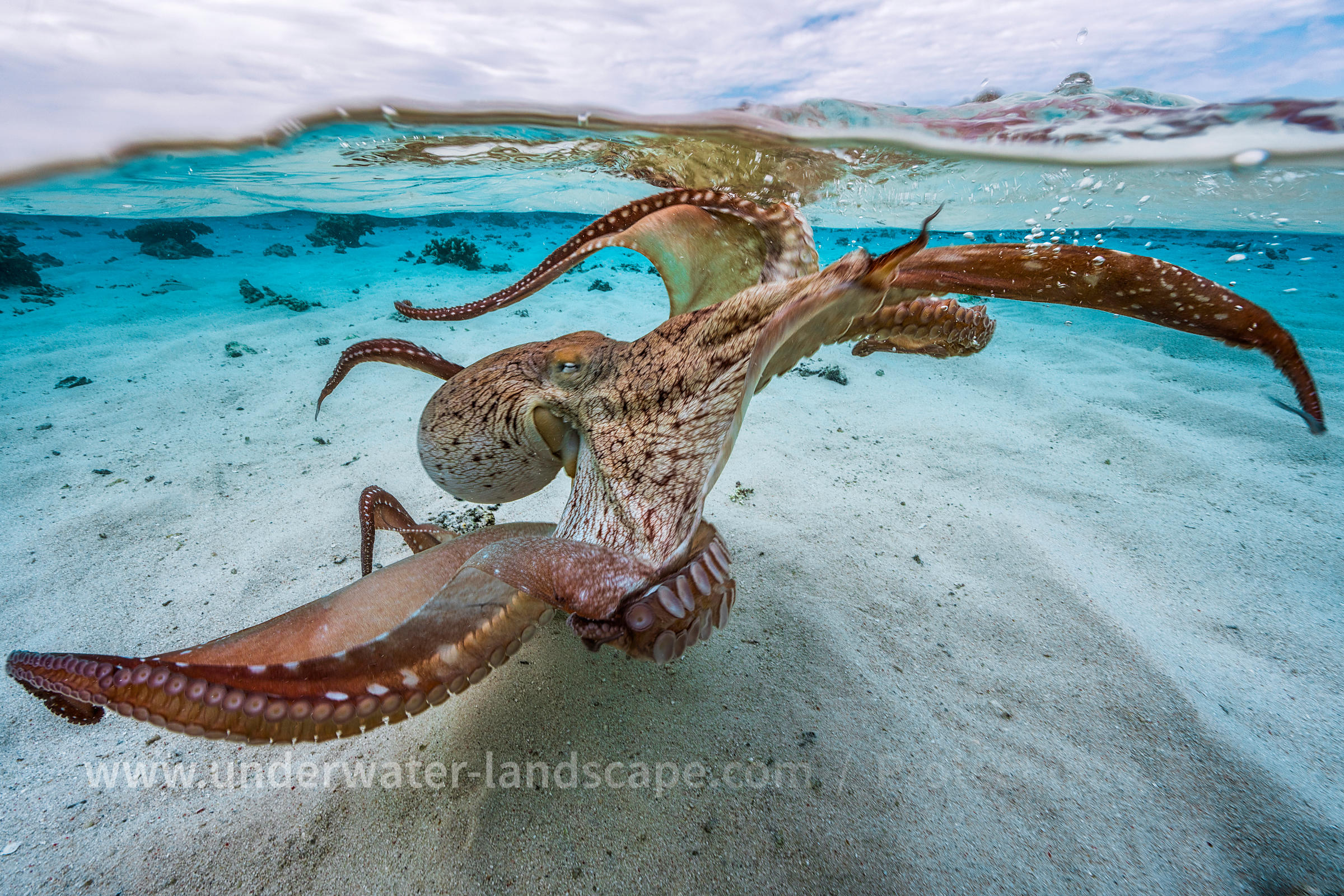 Decapods have an elongated body : they are the squids and cuttlefishes. They have foud pairs of sessile arms and a pair of elongated tentacular arms, ending with a flat club.

Contrary to octopods, they have a pair of latero-dorsal or lateral fins.

However, just like octopods, one or two of the sessile arms are modified for reproduction.

They have an internal “shell”, hidden in the body cavity, cuttlefish have a floating board (“bone”) and squids a sort of hard “feather”. 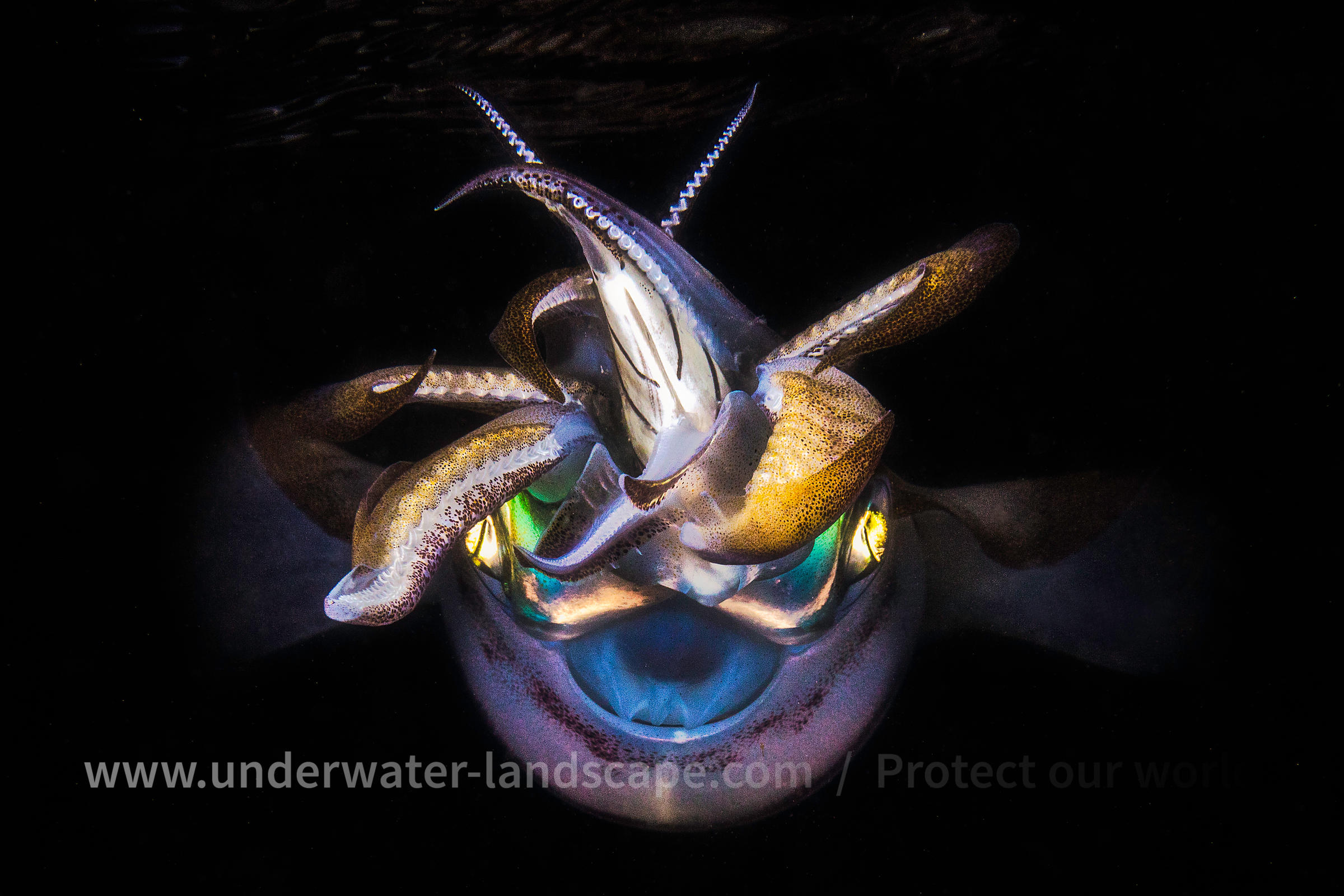 Vampyromorphs. Currently consist in only one species, living in the abyss ; being part of the “octopodiforms”, some specialist rank them among octopods

There are numerous fossile species in this group, but only a small group remains alive nowadays : nautilus.

Tetrabranchial cephalopods re distinguished by the hard shell covering their body.

Instead of arms, they have numerous retractable tentacles surrounding the animal’s head.

The eyes are pedunculated, without crystalline.

There are four gills and no branchial hearts.

Species in this group are mostly pelagical and can be found mostly in the Pacific ocean.

Cephalopods and the sea 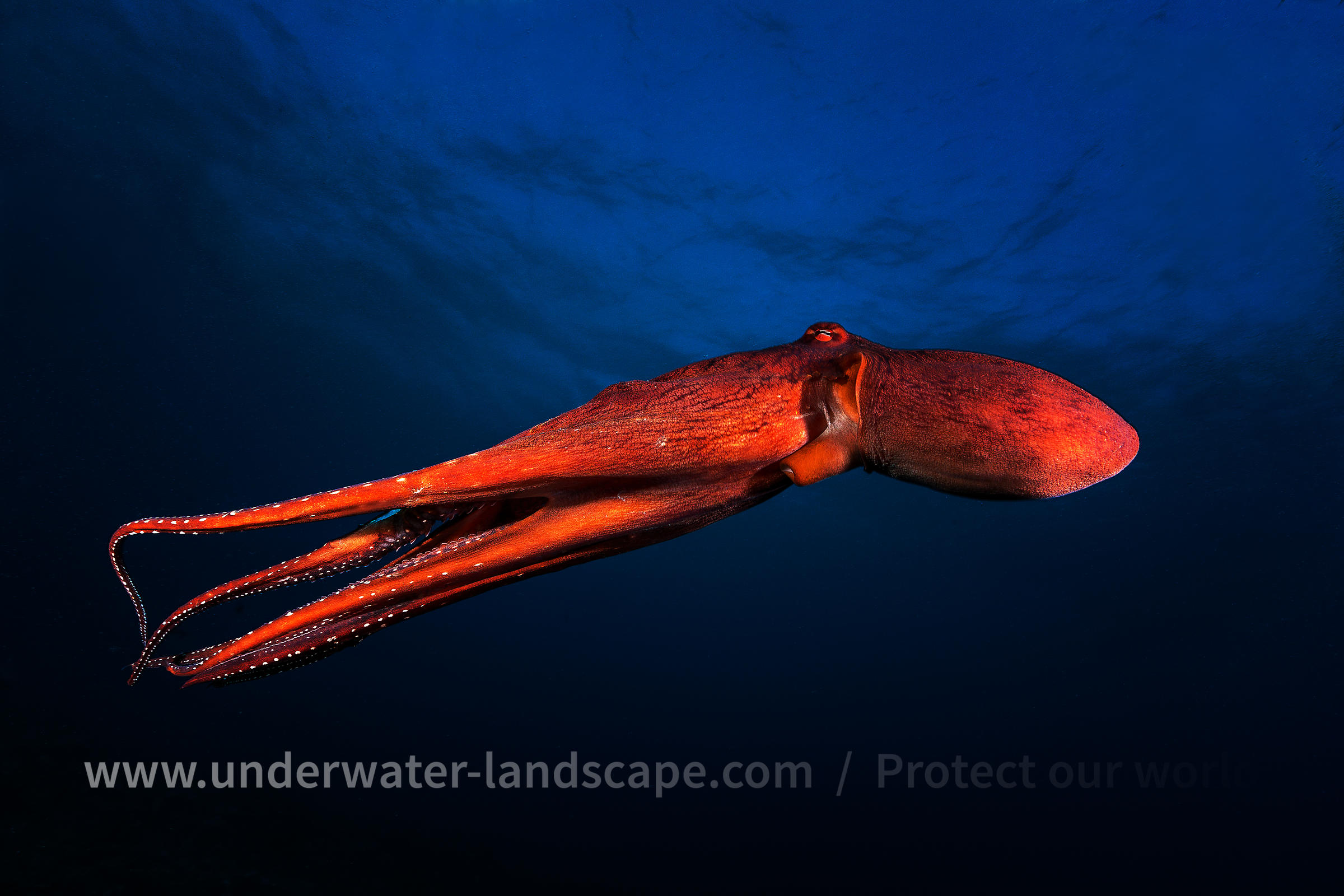 All cephalopods are strictly marine animals, with no known exception.

Some live close to the shore, and others live very far from it. Many species can be found in warm waters, however several species are adapted to polar seas.

Cephalopods can propel themselves thanks to a siphon from where they eject water, allowing them to flee quickly from a threat.

They can also expel a cloud of ink while escaping, which is produced by an special gland.

If an arm gets cut, it can regrow. 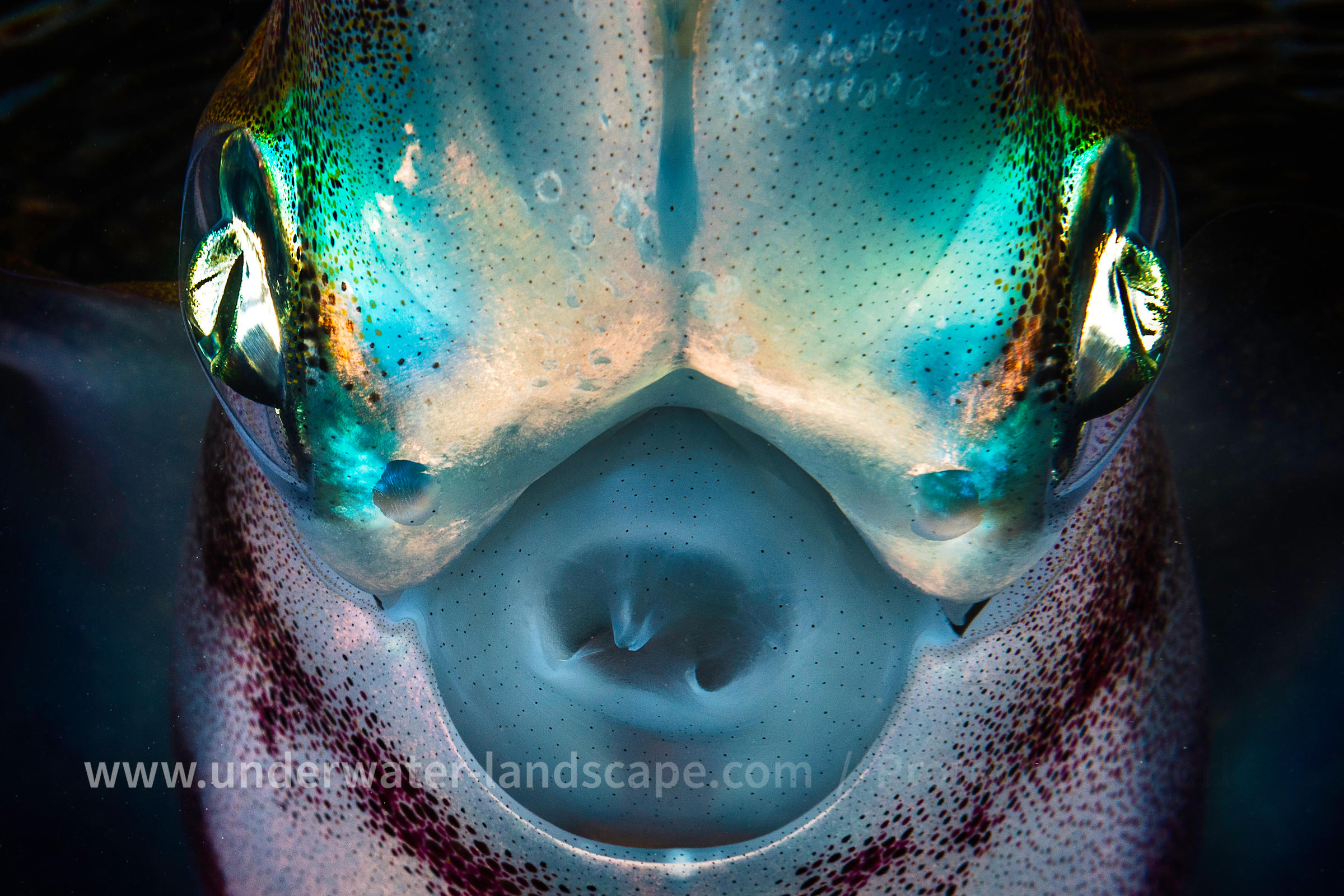 With homochrimia, octopus, squid and cuttlefish can change the color and structure of their skin according to their moods and environment.

Their skin contains millions of contractile colored cells, the chromatophores, and can also cover at will stains, small horns and other mimetic pustules.

The color change may be a signal, for example, for the very poisonous octopus rings. 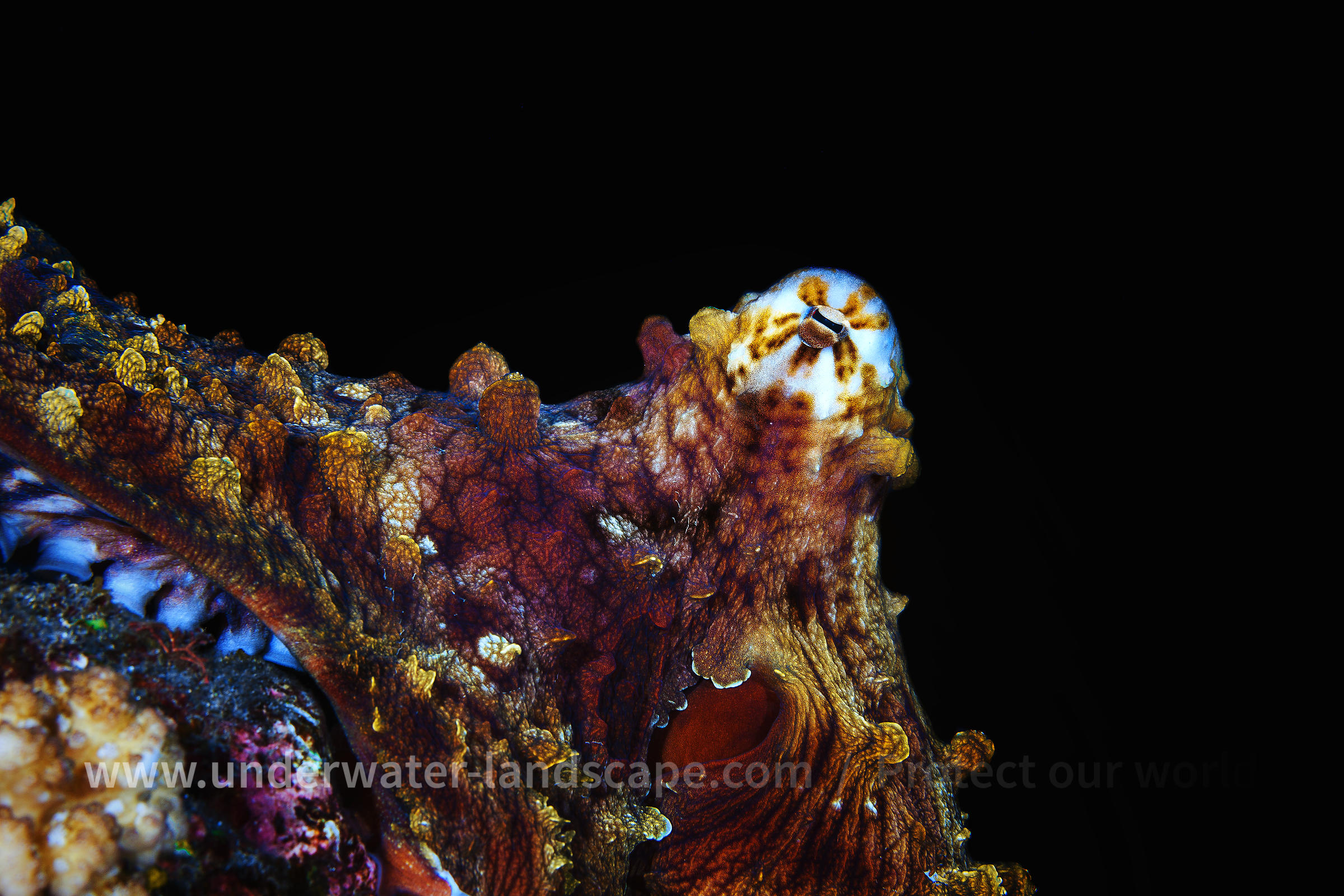 The existence of giant cephalopods living in the deep sea eventually got confirmed. Evidence includes large biting scars left on their main predator: sperm whales. Some specimens reaching nearly 20m long have also been found or fished (Teuthoid squids such as Architeutis, Mesonychoteuthis and Histiotheuthis).

So far, scientists have very few documents showing giant squids in their natural habitat, which is extremely deep and wide.

Cephalopods and scuba diving: how to approach and to take pictures of them ? 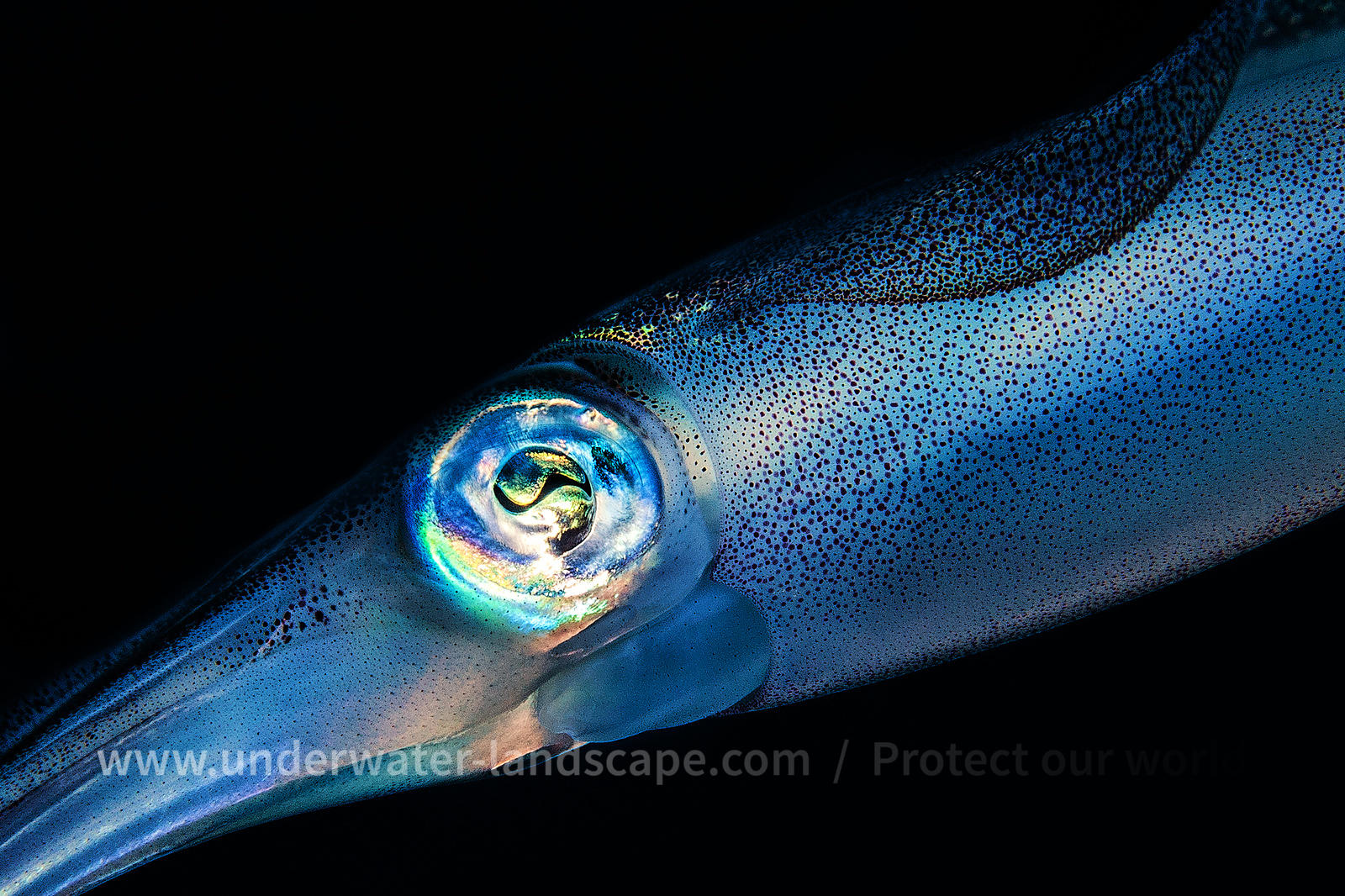 On top of being wonderful animals able of changing colors and patterns within a second, octopus, squids and cuttlefish are particularly photogenic animals.

Octopus (Octopus vulgaris in Europe, Octopus cyanea in the Indian ocean) are extremely clever animals, able of deducing, memorizing and learning. But they are also extremely curious.

They can be found in reef cracks, or while hunting across the reef.

They live in caves that are easily recognized : these can be found at the bottom of coral structures, surrounded by small rocks and shells.

When they want to take shelter, octopuses go back in their cave and close it with peebles thanks to their suckered arms.

One has to be patient and smart in order to get an octopus’ attention.

They are often shy at the beginning (when they are scared they can turn to pale white), but they fast become curious, and then they can go ut from their hide.

Octopuses are very sensitive to flashes: hence please be careful while taking pictures. 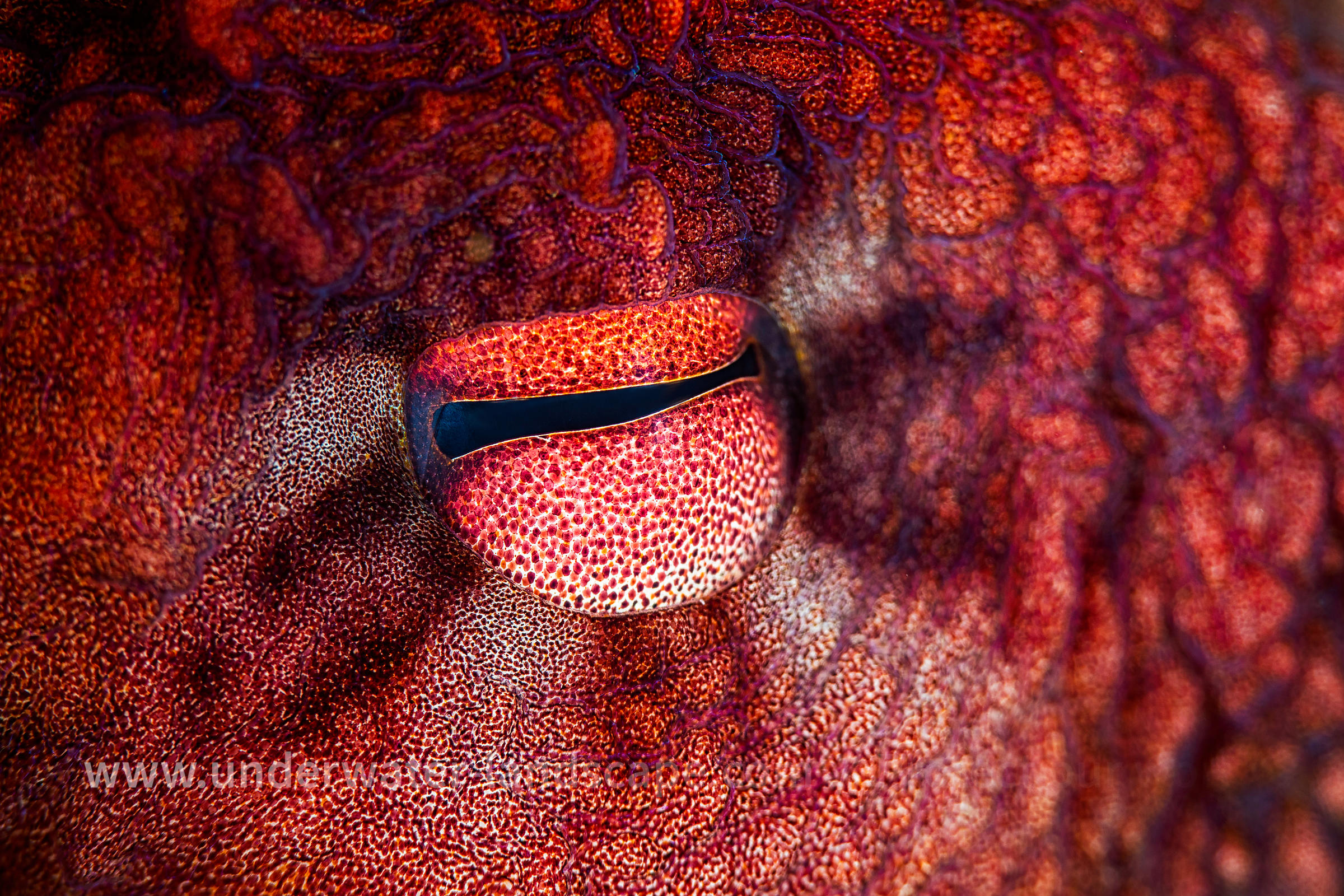 Squids are not curious during the day, and quite difficult to approach.

They can be found in groups or alone, often around 1m deep.

The best time to take picture of them is at night: attracted by lights, they can be easily approached then.

Lucky photographers will see them hunting or holding a prey between their tentacles.

When they are close to the surface, one can use reflect effects. 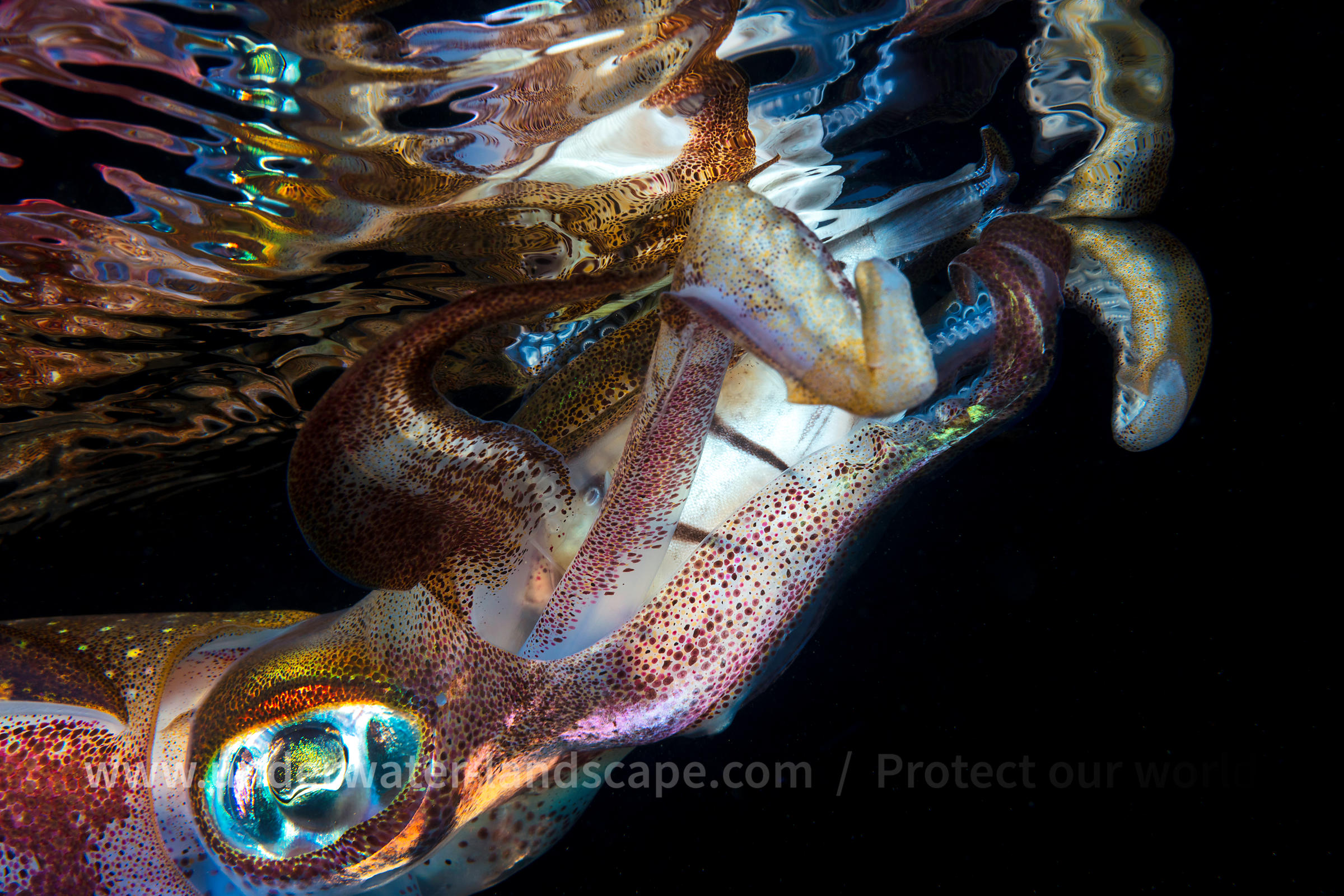 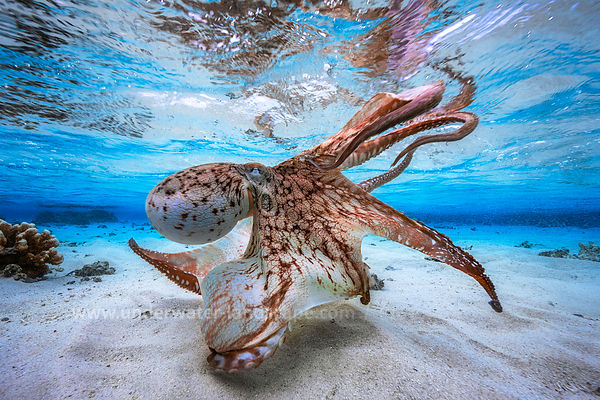