Best Of : my underwater photos of the year 2018 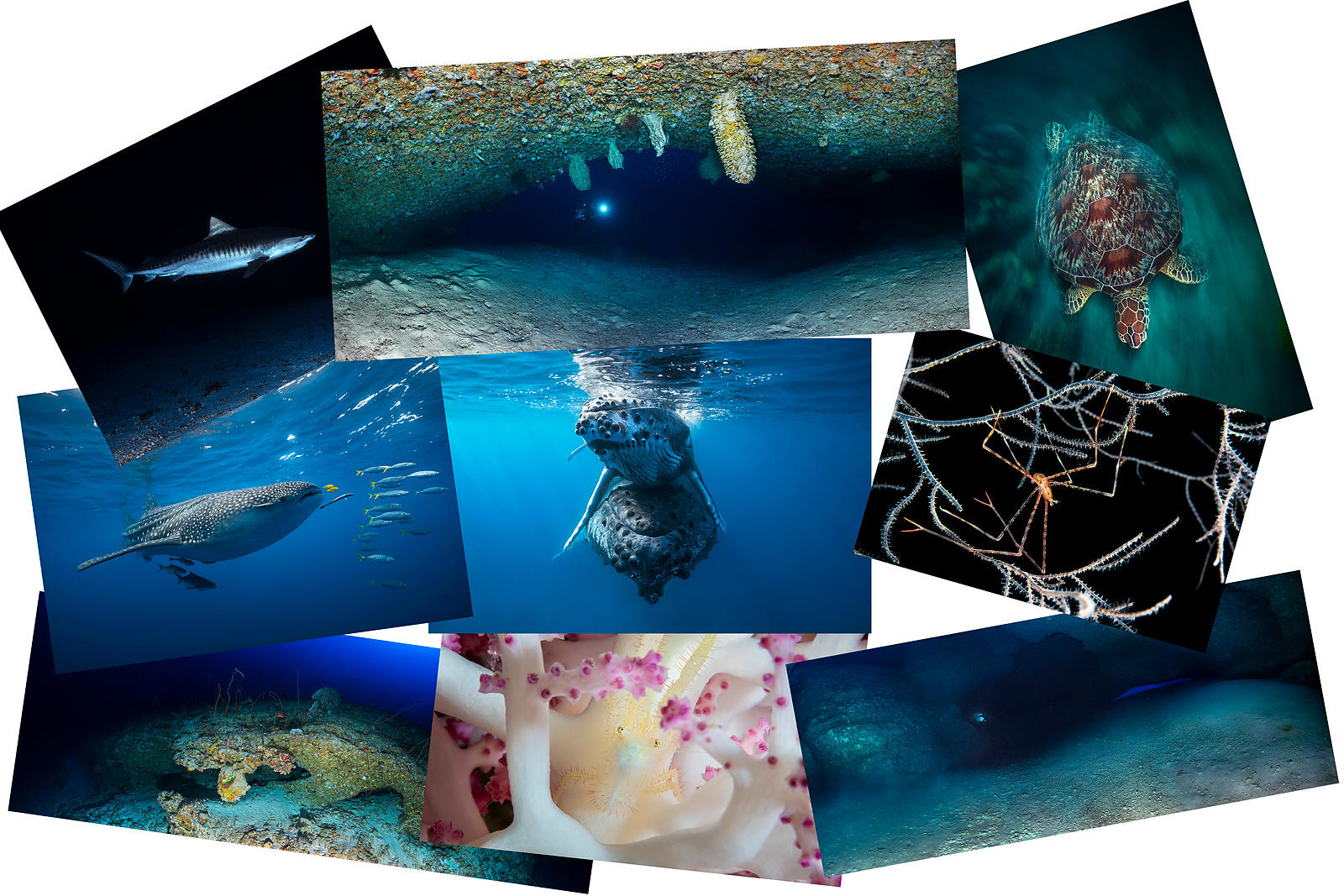 2018 is over, it's time to do a little retrospective of this year that was rich in beautiful encounters and discoveries. Most of my dives were Technical dives in rebreather. The exploration of the mesophotic zone (between 60 and 120 meters deep) is at the center of my concerns. It was, is and will be an obsession in 2019 but also for the following years! The thirst for exploration (in the true sense of the term) and discovery is much stronger than the search for simple aesthetically beautiful photos that enhance my photo library.

These are two different worlds both in terms of constraints and technicality. A few minutes spent in the darkness of the depths will be worth several decompression hours. The commitment is all the stronger depending on the depth. Thus, a dive at 120 meters is absolutely not comparable to a "little dive" with Nitrox in the near or median zone. The same goes for photographs. To take the measure of these constraints, you just have to look at the number of underwater photographer evolving at these depths ... Between two rebreather breakdowns, I still did some dives to observe the humpback whales (2 exits) and the sea turtles that were great subjects for long exposure tests with second-curtain flashing. Find at the end of the article the "Mystery photo" announcing a beautiful discovery that will be unveiled in the course of the year 2019!

Here is the personal selection of the 10 favorite photos of the year 2018, those that gave me the strongest feelings! 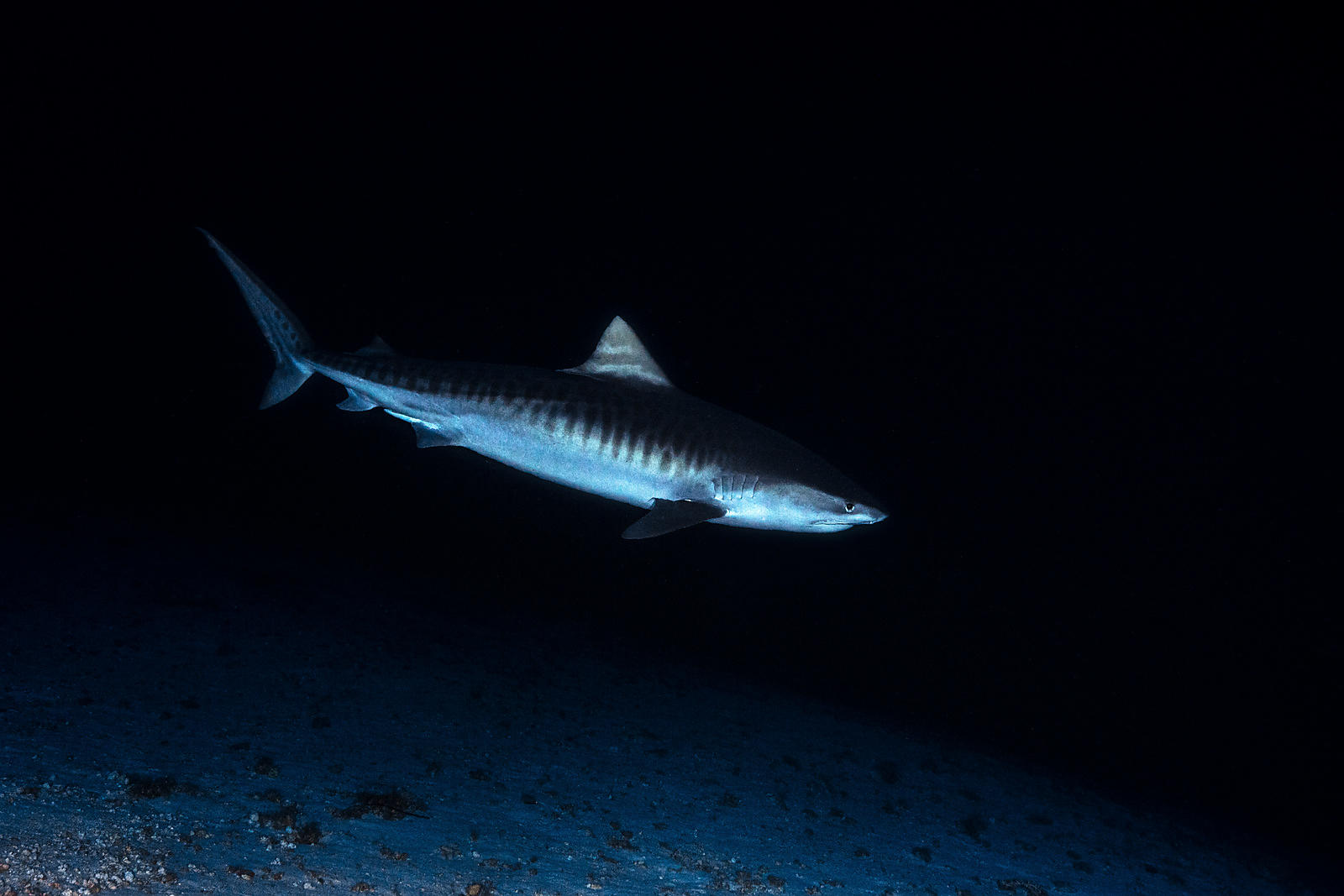 An encounter as unexpected as stealthy on a beautiful morning in June, by 114 meters deep at the edge of the 3rd floor of the outer slope of the barrier reef of the island of Mayotte. A majestic tiger shark (about 4 meters) swimming peacefully in the darkness of the twilight zone came to meet me. At first I did not see him. My attention was focused on a trevally. It was while watching the return screen of my camera that I saw a large mass in the background. It was him, coming straight to me. But he changed course after flashing. This photo is perhaps less impressive than those that can be seen circulating on the internet, but it is conversely totally authentic. In fact, 99% of the tiger shark photos come from man-made encounters (feeding).

Mother of the sea 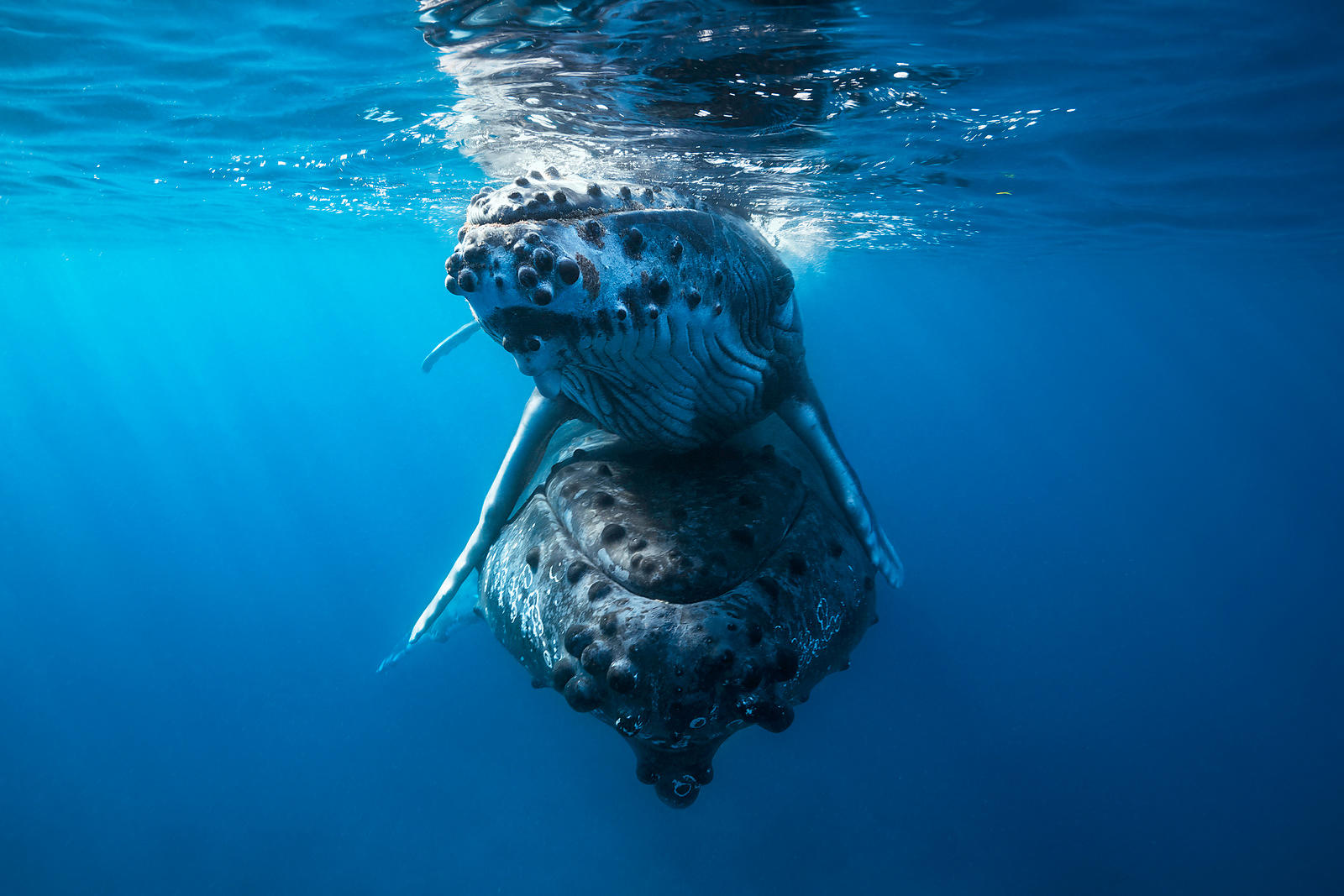 That day, my rebreather being down, it is by the constraint that I find myself on the ground. But not for long!!! My friend Pierre, knowing that I was dry, suggested that I accompany him on an outing to meet these giants of the seas. Mother of the Seas, this is the inspiration that gives me this photo which, for me, is heavy with sense! Power and tenderness, strength and fragility, so many antagonisms that are united in one cliché. 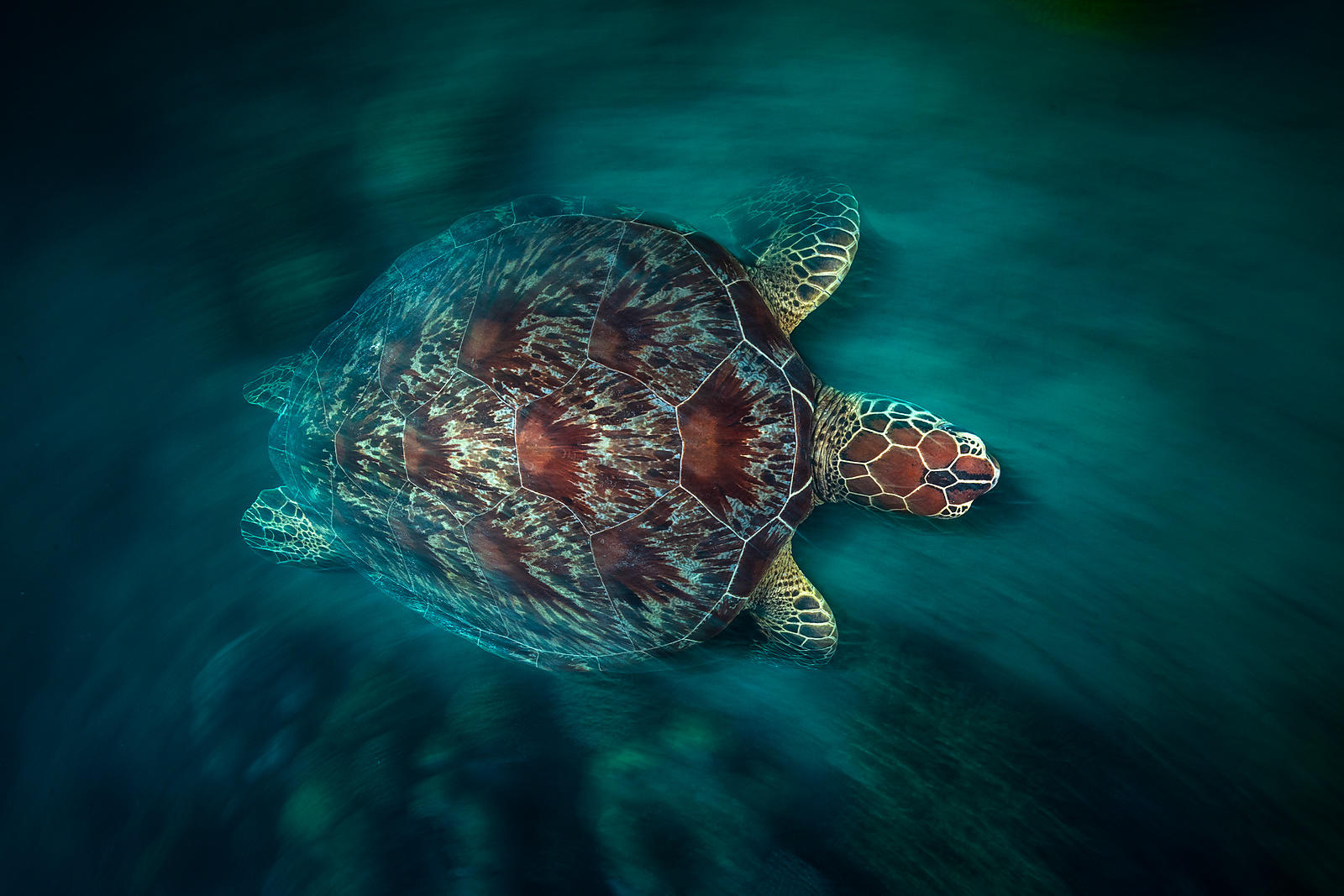 Between two deep dives, I have rarely taken the time to get into the water from the N'gouja beach, high place for feeding and laying of Green Turtles.I took this shot in long exposure with a synchronization of flashes in the second curtain. which has the effect of providing a velocity effect on the subject. To make this shot, I had to wait until the end of the day to have a low light, which allowed me, with the help of an ND8 filter, to have a relatively long exposure time.

Whale Shark : The biggest fish in the world! 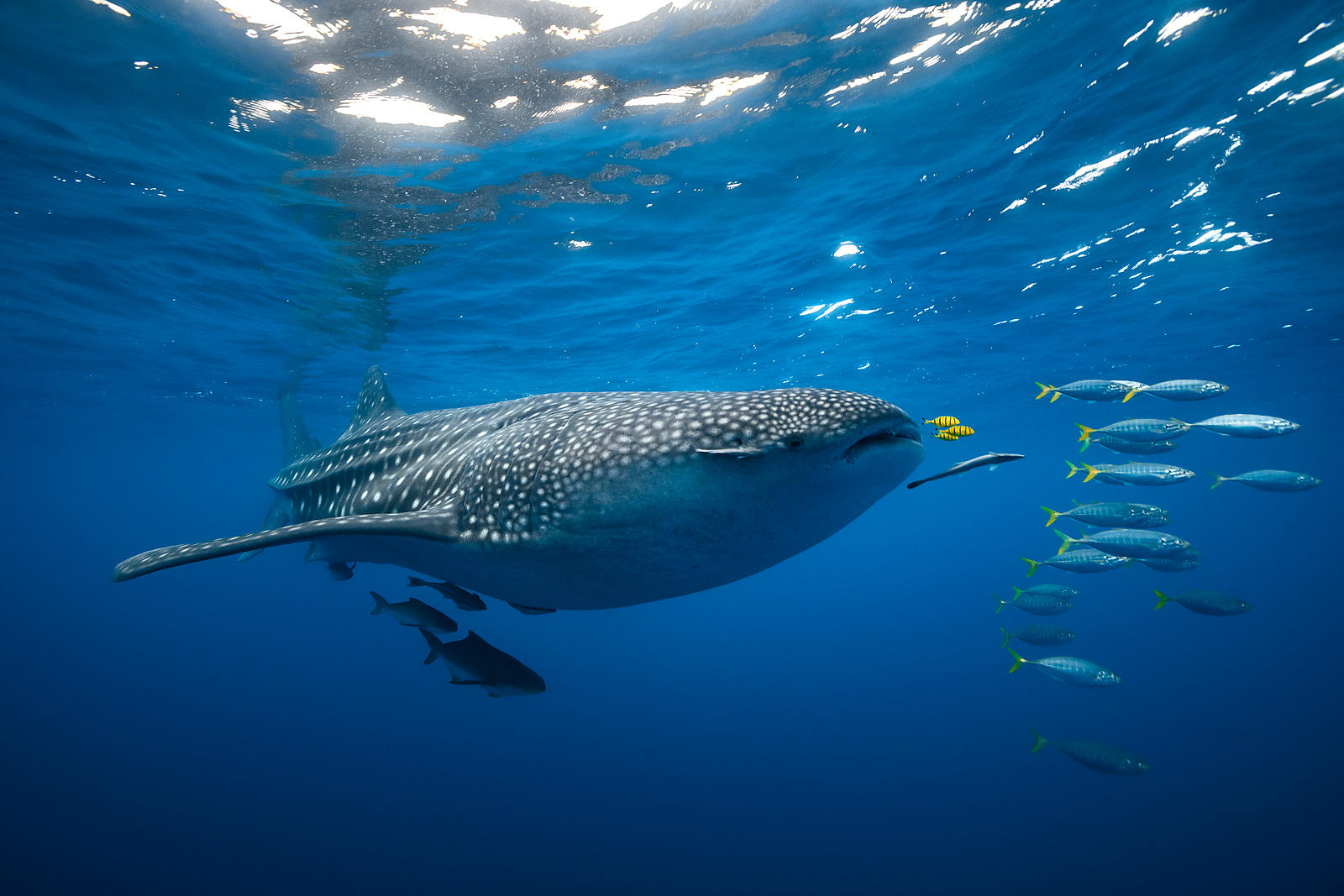 The largest fish in the world escorted by a school of bonito. This picture was taken in Nosy Be in October. For two months or more, hundreds of whale sharks come to feed in plankton-rich waters. The meetings were at the rendezvous thanks to my friends Tanguy and Arthur of Baleine Rand'eau!

Galathea of the Twilight Zone

A white galathea with red hairs that lives in the darkness. The adaptation of these animals to their environment always impresses me. I took this picture at 80 meters deep. A place, a depth or few photographers drag their caisson. This specimen is therefore likely to be a new species not yet described. What is certain is that, to date, experts in crustaceans do not know how to identify it. It is always a great sensation to fall on this kind of specimen. Personally, I have as much pleasure to photograph this small crustacean as a whale of 40 tons !!!

It is more a favorite for the place rather than for this panorama of a cave that I discovered on May 19, 2018. The entrance is at 70 meters deep, at the foot of the second falling of the barrier of coral. This dark entrance attracted my curiosity. The more I advanced in the idea of illuminating the bottom of what I thought was a very small cavity, and the more I plunged into this huge cave, in total darkness. Even the beam of my lamp could not light the walls. It was only during the following explorations that we were able to realize the dimensions of this room. It's always a unique sensation to be the first man to discover such a place.

Under the Twilight Zone,  a spider lobster crab 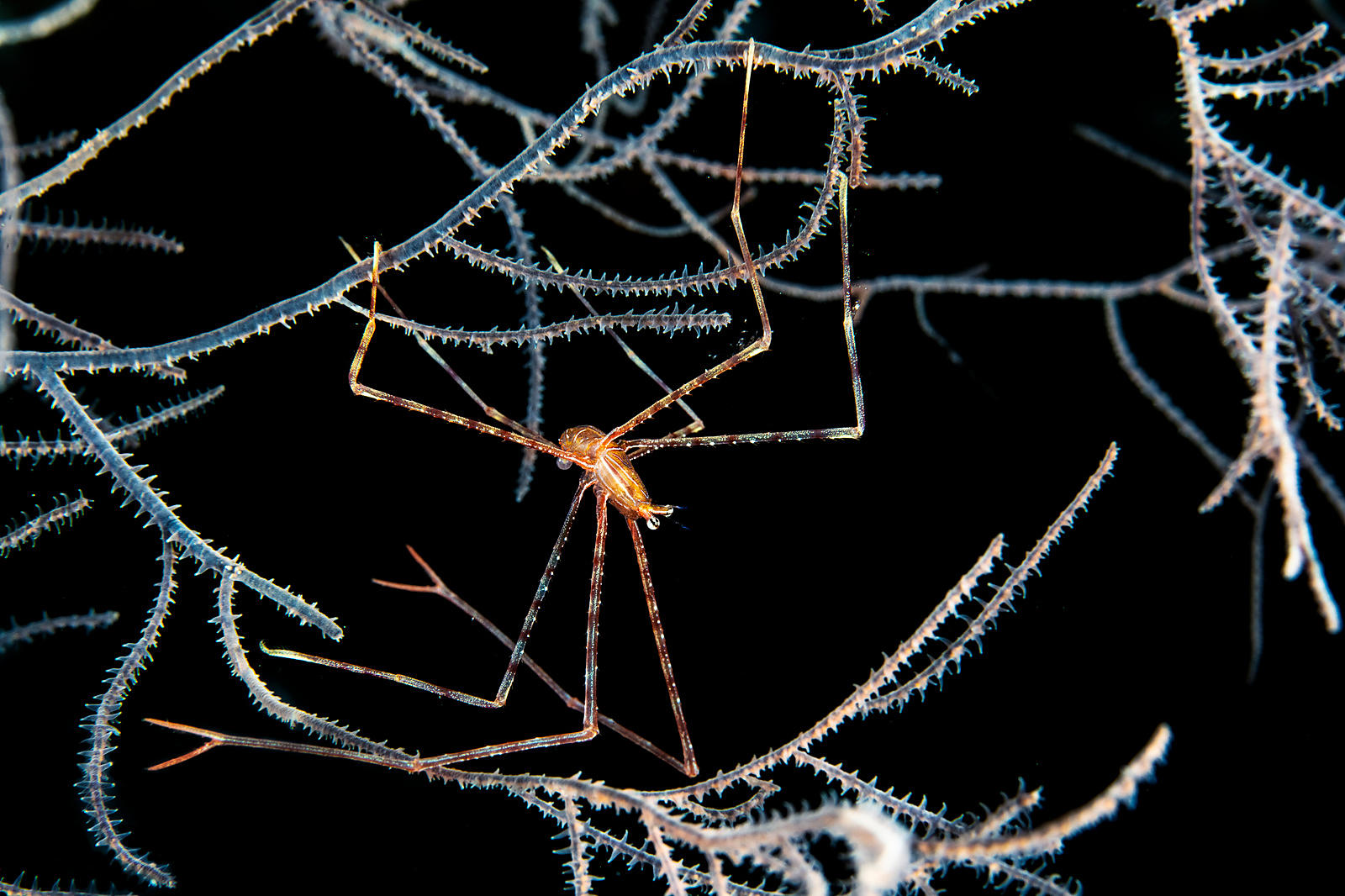 A spider lobster crab in its coral. This one was photographed in the cave of Sanctutum by 70 m of depth. This specimen has an egg stuck to its tail. We are the first to have observed this small crustacean in Mayotte. Until we discovered it, it was not referenced in this part of the Indian Ocean. However, these spider crabs are present in the twilight zone. We regularly cross from 70m to 100m. It looks very much like the one found in Indonesia, but in much smaller depths than this one. Is it the same specimen or a close cousin still unknown? Only the removal of an individual and a DNA analysis can determine it.

The Underwater cave of sponges

A panorama of 180 ° in one of the many cavities that litter the foot of the second wall. Located between 70 and 80 meters deep, these small caves are as much evidence of a distant past. When the ocean level was 80 meters lower, more than 12,000 years ago during the last ice age. This year, in order to have the most accurate rendering possible, I had to step out of my photographic comfort zone to learn on-the-job underwater panoramic photography. Having already some basics of panoramic photography, I had very fast encouraging results.

That augurs of beautiful realization for 2019 !!!

I am practically 100 meters deep, in line with the 3 rd wall when I realize this panorama of 180 °. We do not realize it via this photo, but below my fins, there is a vertical wall that goes down more than 200 meters deep. As can be seen, the top of the 3rd floor is dotted with small caves. The same is true even more deeply, below 140 meters deep. Perhaps one of them is home to this famous prehistoric fish: the coelacanth 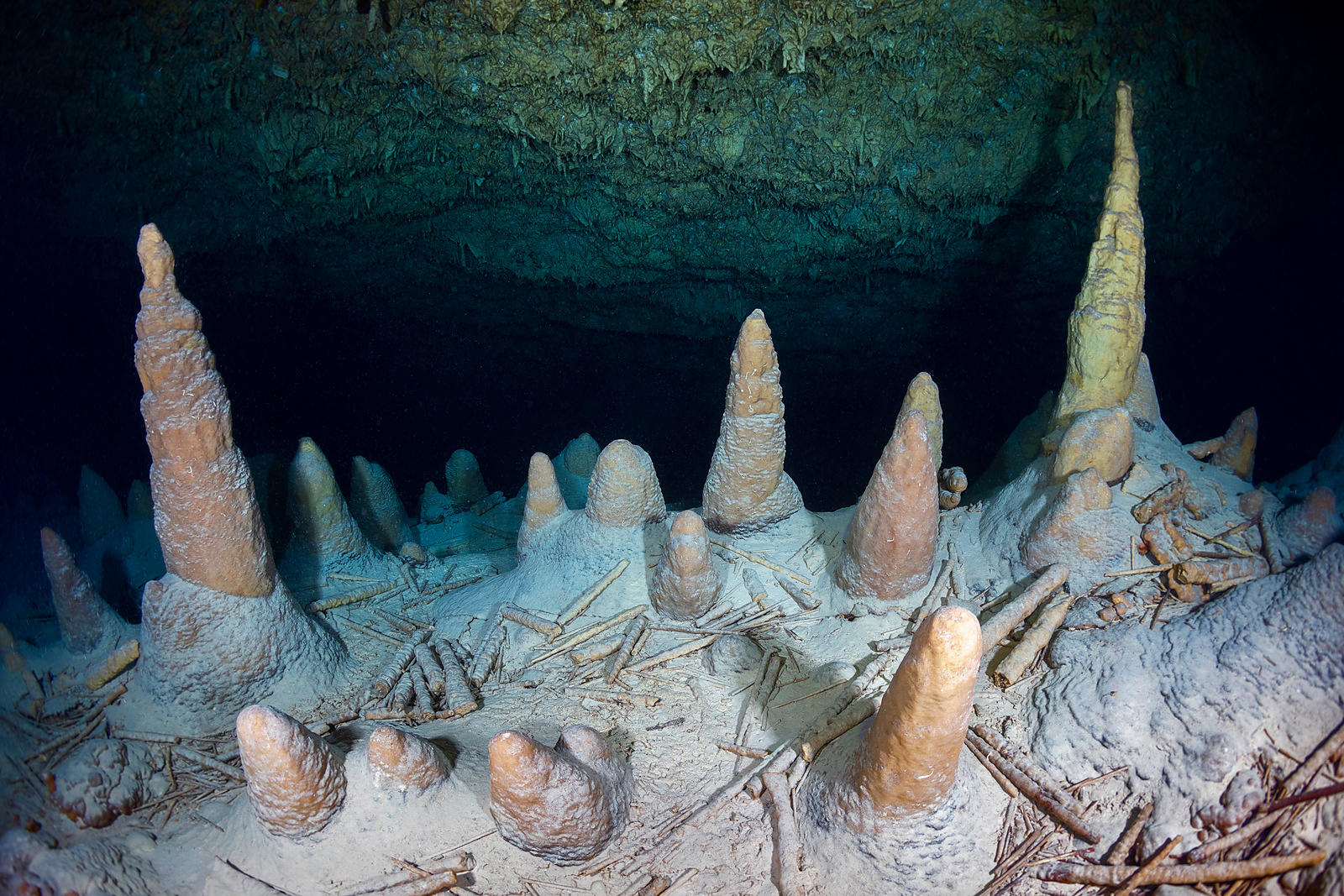 An unprecedented discovery for Mayotte and maybe more ... 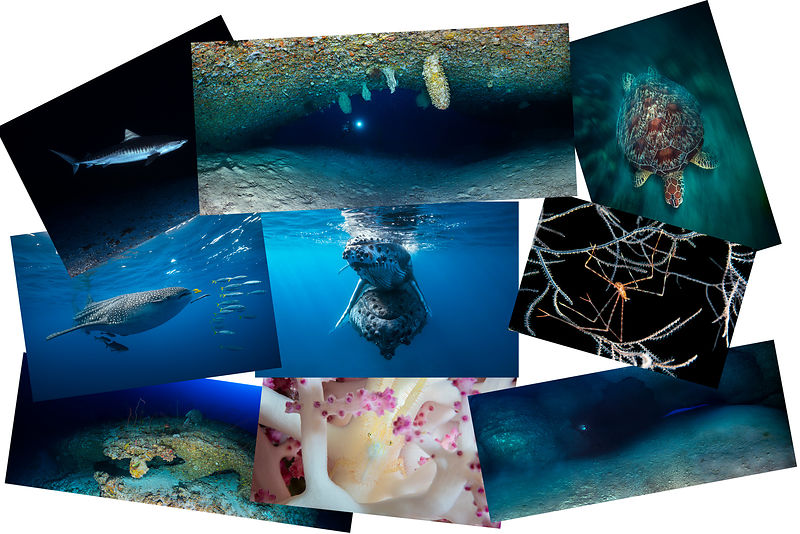 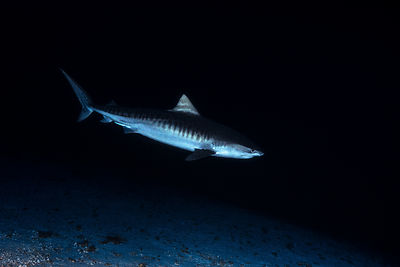 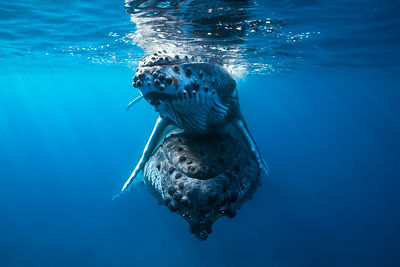 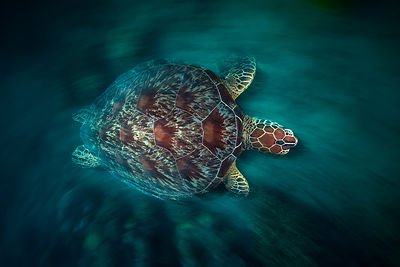 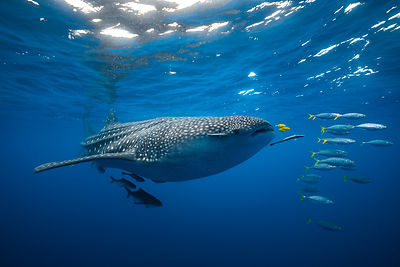 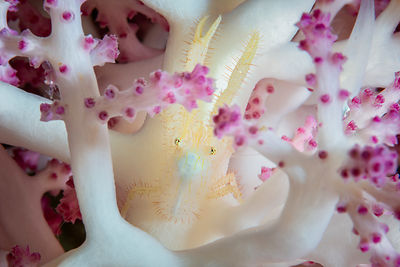 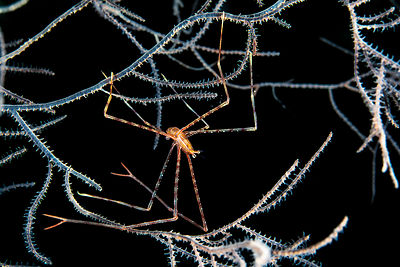 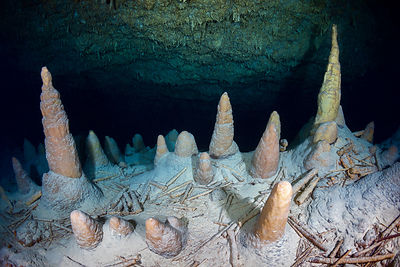